There’s plenty of optimism for Pittsburgh Pirates’ fans who have young talented players in their system like Adam Frazier, Austin Meadows, Gregory Polanco, and Josh Bell. 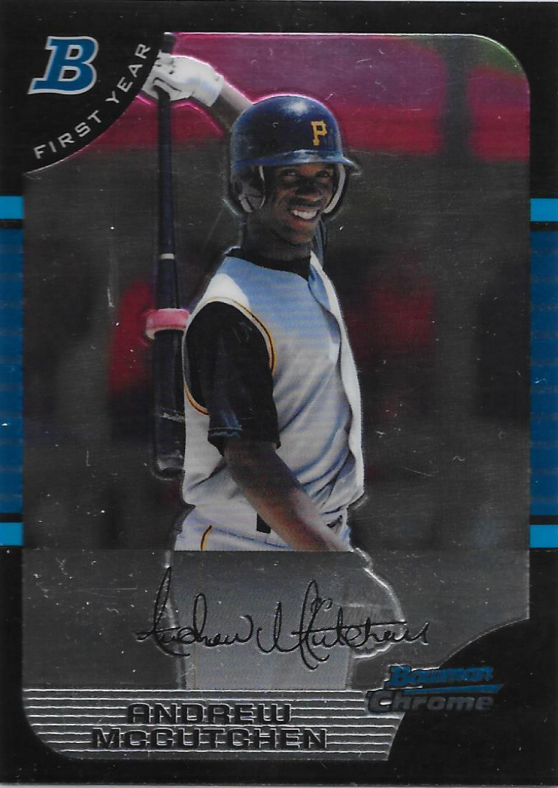 But it’s unfortunate that veteran outfielder Andrew McCutchen these days isn’t contributing to the ball club as he consistently did in past years.
Batting a meagre .203 after almost two months of game action, it’s not the production Pirates fans expected from McCutchen. His .256 average in 2016 was a disappointment in itself.
The steady decline over the past couple seasons has certainly impacted his rookie card value.
His 2005 Bowman Chrome Draft base rookie card (BGS Graded 9.5) can be bought for under $30. His ungraded cards can be had for just a couple of dollars.
While not autographed, McCutchen could widely be seen as a safe investment both in the hobby and on fantasy teams when he was a perennial all-star.
At the age of 30, it may be more challenging for McCutchen to get back into his peak form although not impossible.
Nevertheless, it’s a good lesson that even players who might have once been labelled superstar in calibre can experience a steep decline.
CK