Andrew Benintendi of the Boston Red Sox, who was awarded the organization’s rookie of the year award, says he’s a better hitter than what he’s showed in his full rookie season.

If Benintendi could do better than that, look for his rookie cards to see a nice boost in value.

Here are a few that are available now from different baseball card sets. 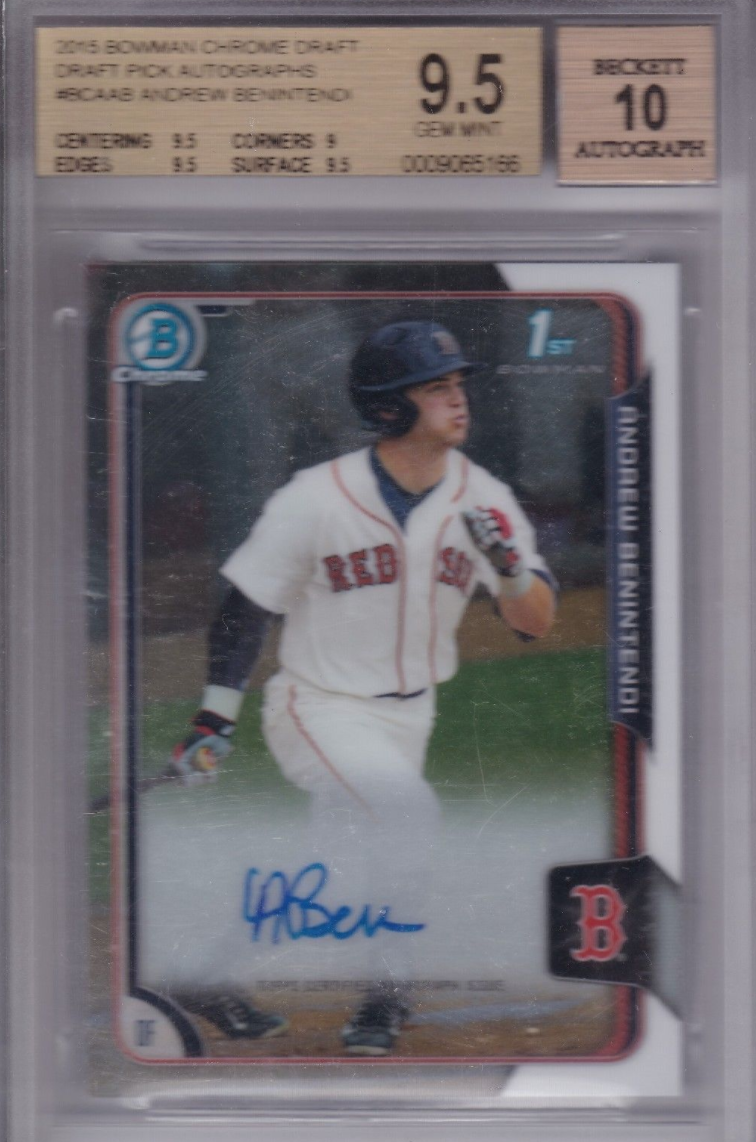 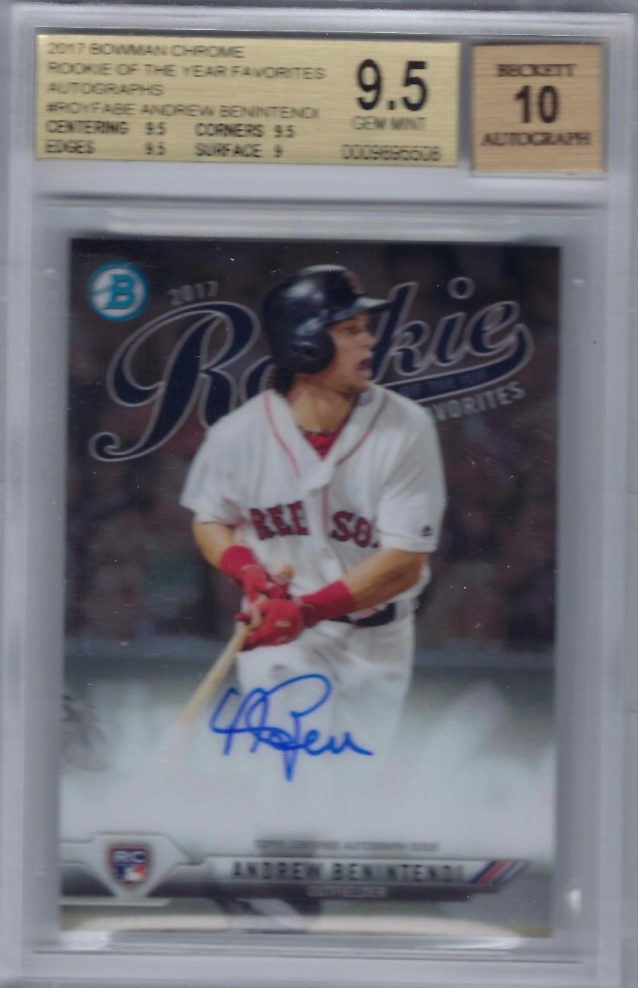 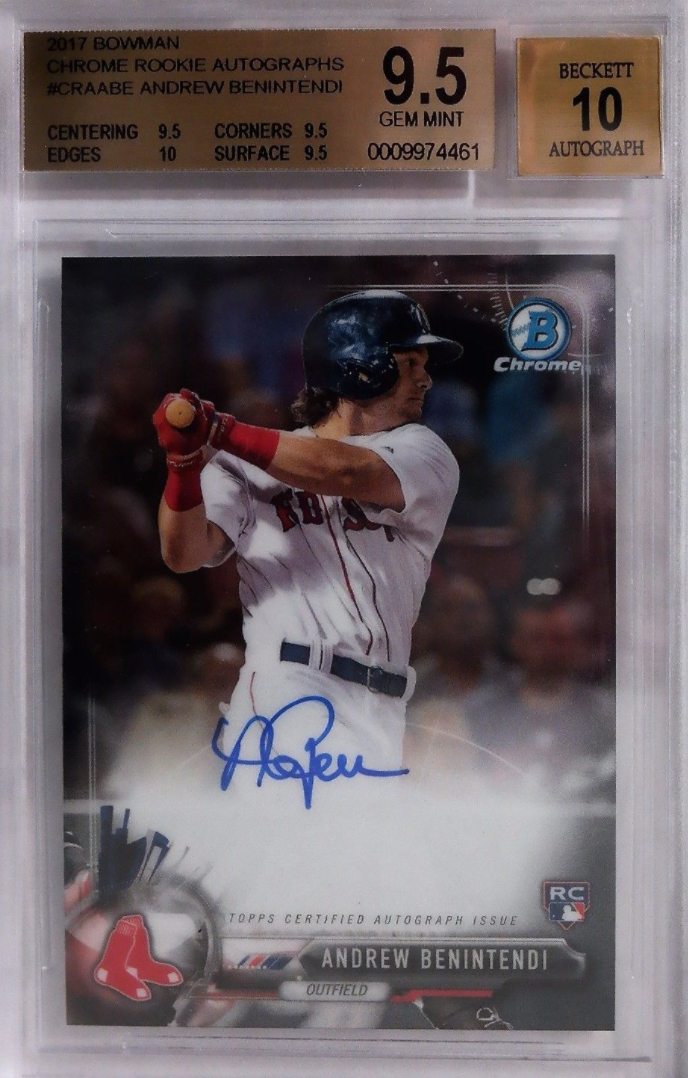