EDITOR’S NOTE: The card below sold for $99.50. Pretty good deal!
Top prospect Gleyber Torres of the New York Yankees is out for the rest of this season, recovering from Tommy John surgery. 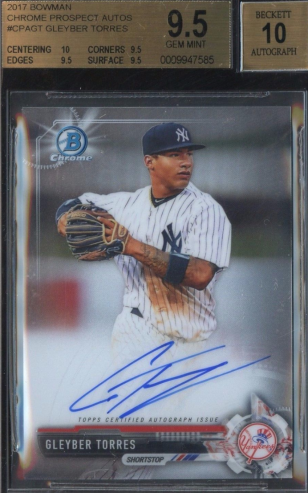