EDITOR’S NOTE: The card below sold for $500. A pretty good deal considering it sold for $566 just last week!
Cody Bellinger, the favorite to win the National League rookie of the year award, has seen his autographed rookie card rise since the start of his breakout season. 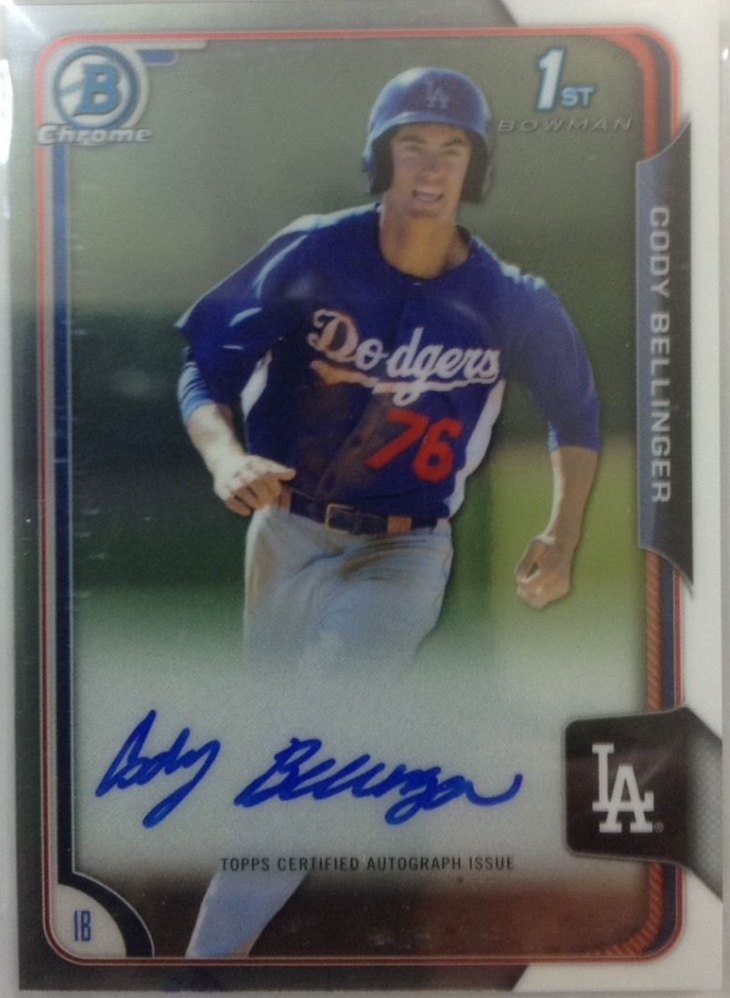