As if the New York Yankees weren’t stacked enough, top prospect Miguel Andujar could make the lineup even stronger.

While he’s expected to start in the minors with the acquisition of Brandon Drury, Andujar is widely seen as the future third baseman of the Yankees.

If he continues to hit with power the way he’s been demonstrating in this year’s Spring Training games, Andujar could get the call up earlier than expected.

But the hype of top prospects, and especially Yankees top prospects, Andujar autographed rookie cards are already seeing a big boost. Here are some that are currently available online. 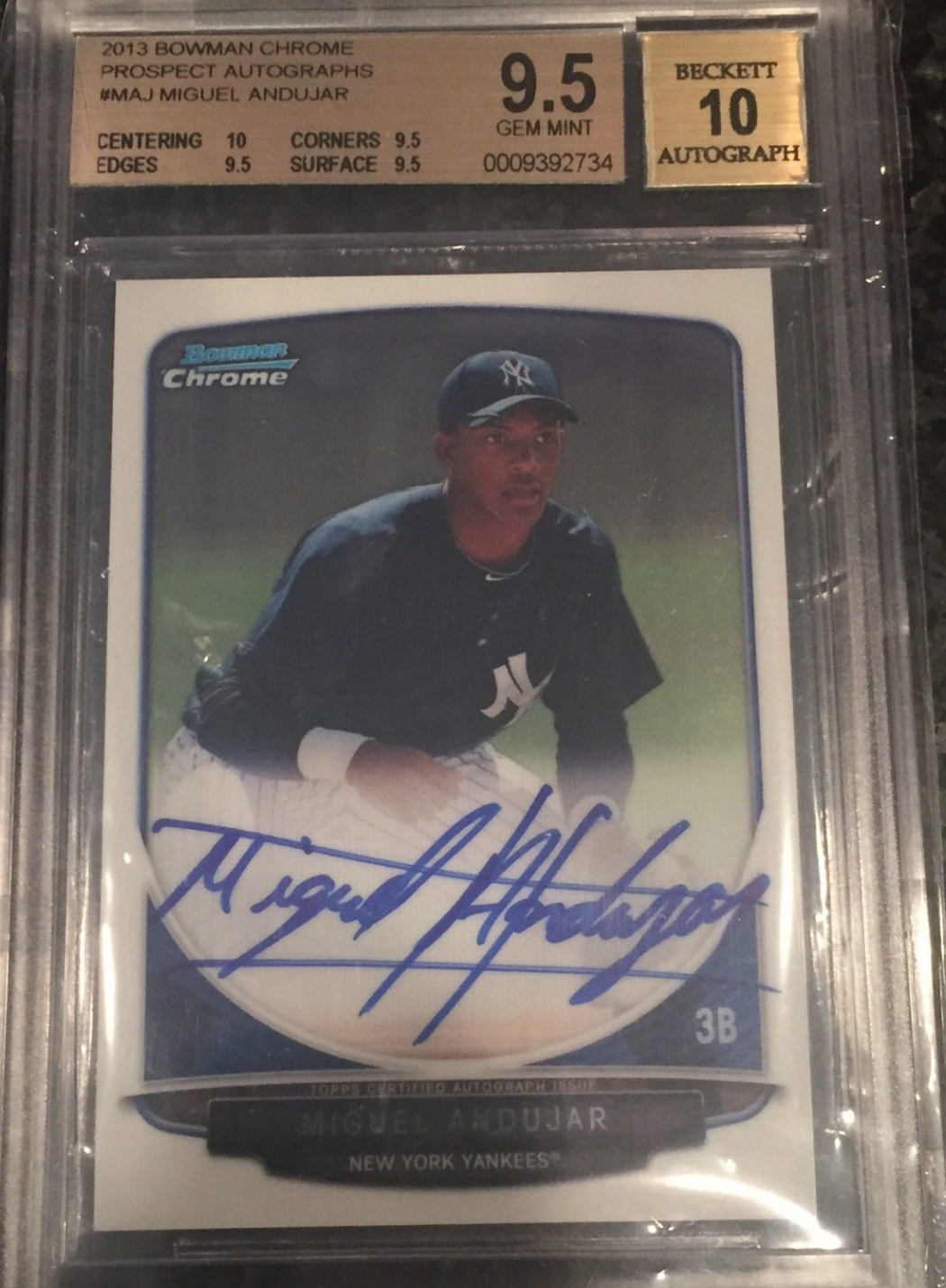 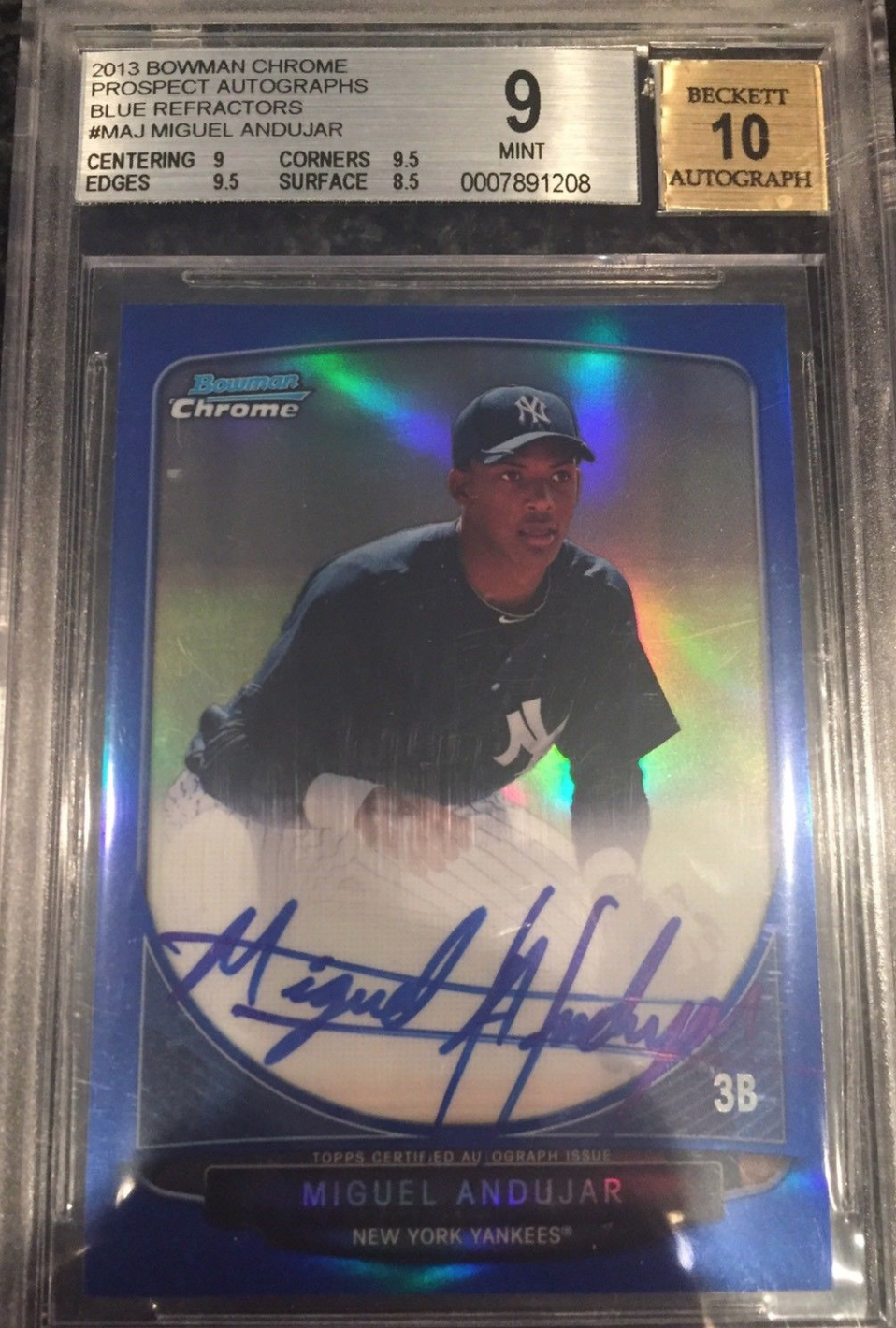