There was a time when sports card companies were printing sports cards like they had a licence to print money.

Oh the good ol’ mid-1980s to early 1990s saw millions of cards being scooped up by eager buyers – many hoping to keep as investments for the future when they can cash in and be a self-made millionaire.

Well, we can still dream, can’t we?

As the supply continued to increase with the level of demand, it was inevitable the crash would follow (this sounds like stocks doesn’t it?) when the demand couldn’t keep up.

The over-manufactured cards numbering in the millions became devalued, and for those who grew up in the 1980s and 1990s (like the fivecardguys), we have shoeboxes full of practically worthless cards.

, which goes in more detail of how this all happened.

At the end of the day, we have our cherished memories of the days when sports cards were more about the fun we had collecting them to complete a set, or at least to collect those that belonged to our favorite players.

Vintage cards, however, are a different story as many of them like a Jackie Robinson, Mickey Mantle or the treasured Honus Wagner ($2M and counting), continue to appreciate in value over time.

That probably has to do with the scarcity of those cards from a bygone era.

And like all things with time, the condition of those cards deteriorate unless it’s been taken care of by a serious collector.

You don’t have to go too far back to see how a gem mint condition card increases the value substantially – even if it was produced in the 1980s and 1990s.

They may have been overproduced capping the overall value, but one that has been kept in terrific shape can be exponentially higher than one that is in just good shape. 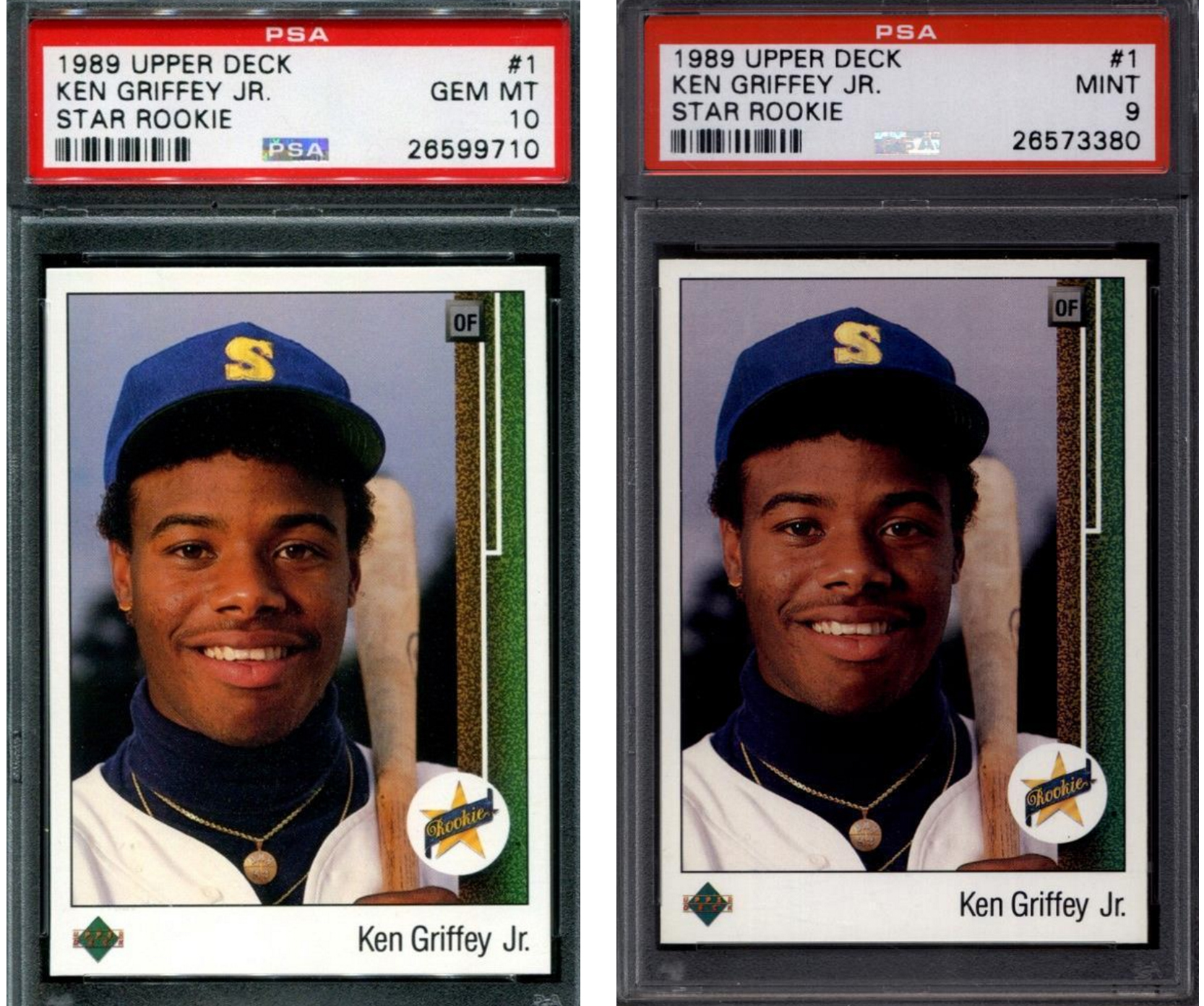 Maybe we shouldn’t have whipped some of the more valuable cards we collected in the ’80s and ’90s across the room just for fun.