Where will these top 50 free MLB agents go and what will it mean for their baseball card values?

Here are the top 50 baseball free agents according to Sports Illustrated heading into the off-season with some big marquis names headlining the top 10.

We’ll focus on the top 6 from this list and show you some of their best autograph rookie cards that are currently available on eBay (just click the link/image to see listing).

And we’ll also predict what it could mean if they do sign with the suggested team in the article. 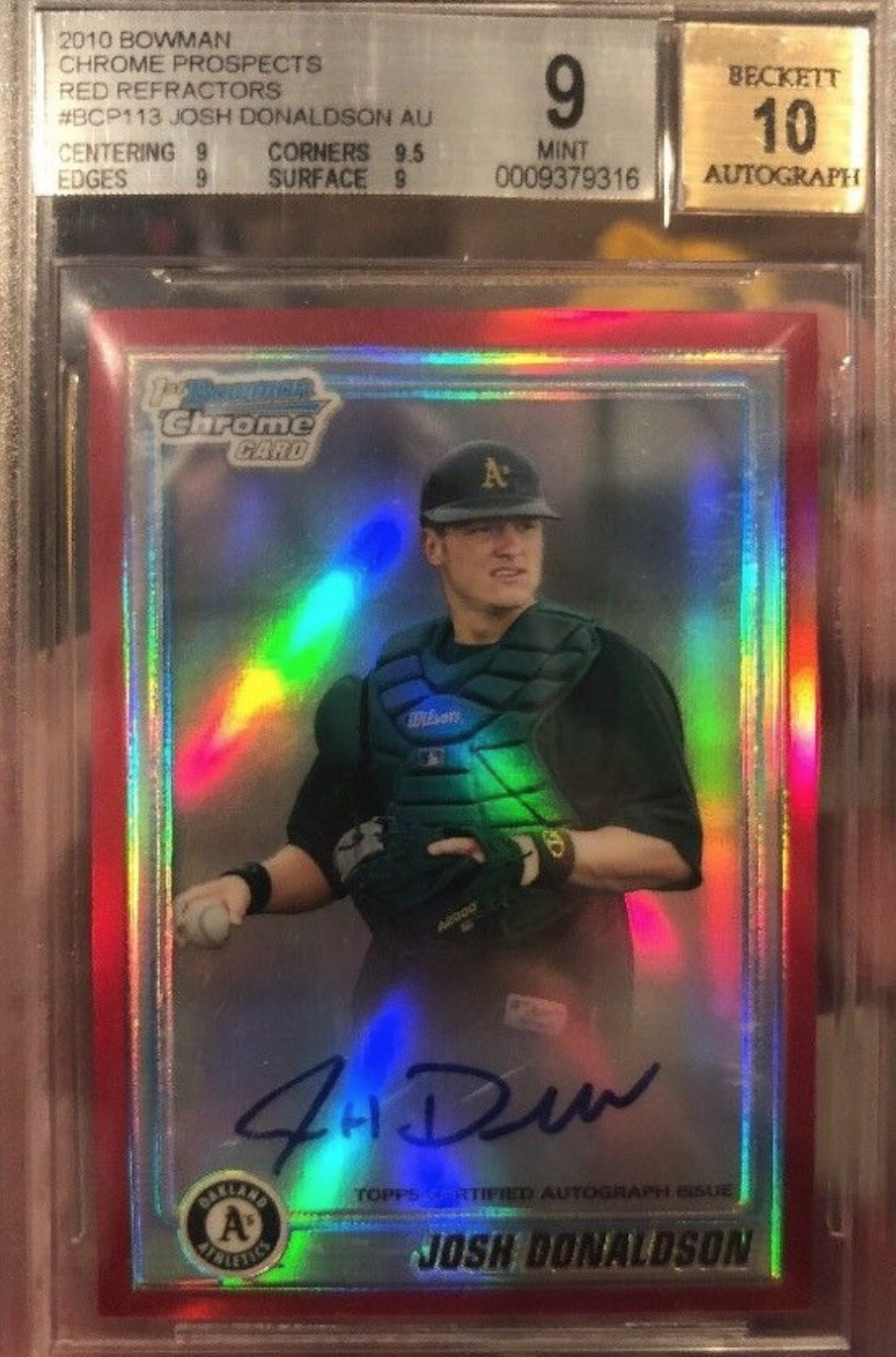 His talent is undeniable but can he remain healthy? His past two season don’t inspire confidence, but he has good potential in having a few more good seasons in him. If Donaldson goes to the St. Louis Cardinals and can help them become World Series contenders again, it’s easy to see his rookie card value increase a bit. 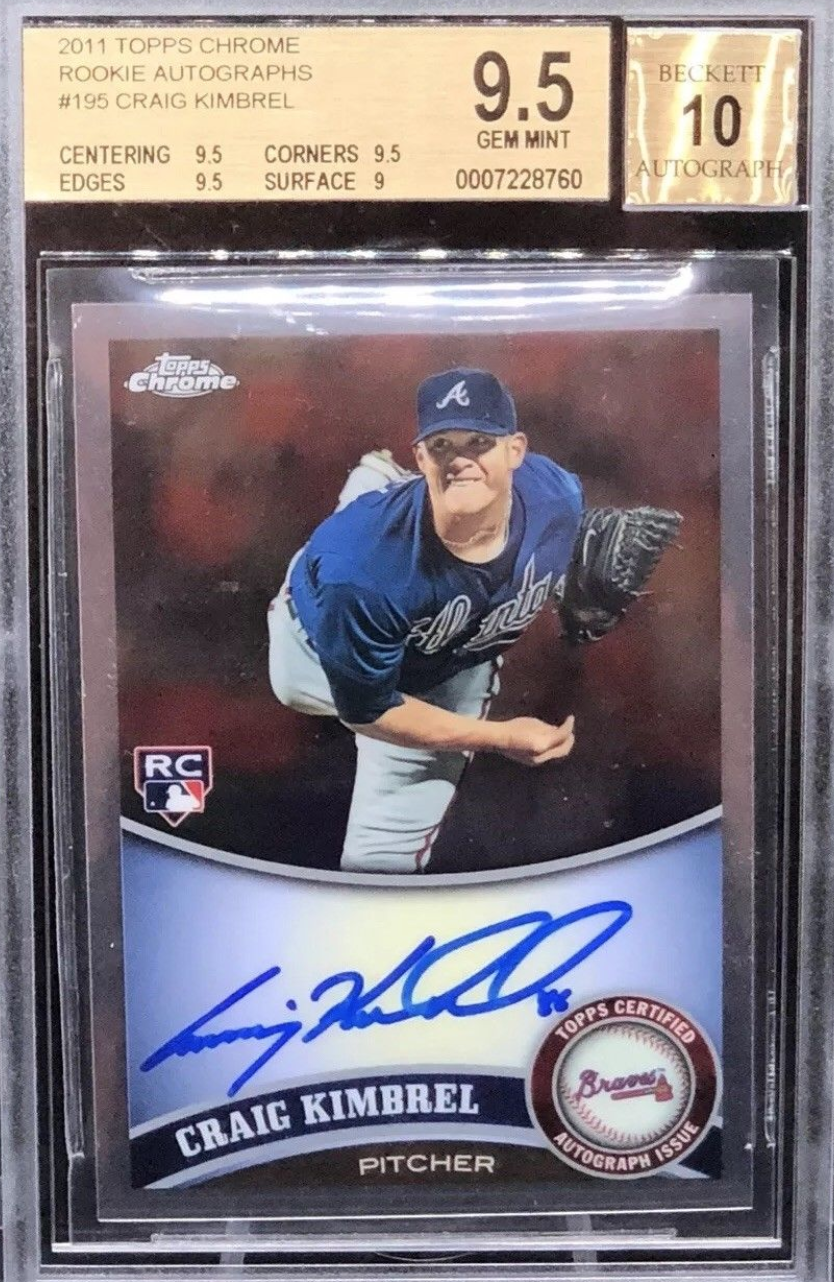 It doesn’t hurt being the closer for the reigning World Series champs. And with reliever rookie cards not valued as highly as other position players, Kimbrel’s cards are relatively affordable. While that might cap the top potential value of  his autograph rookie card, it still has room to grow, especially if the Red Sox re-signs him as the highest reliever in the game. 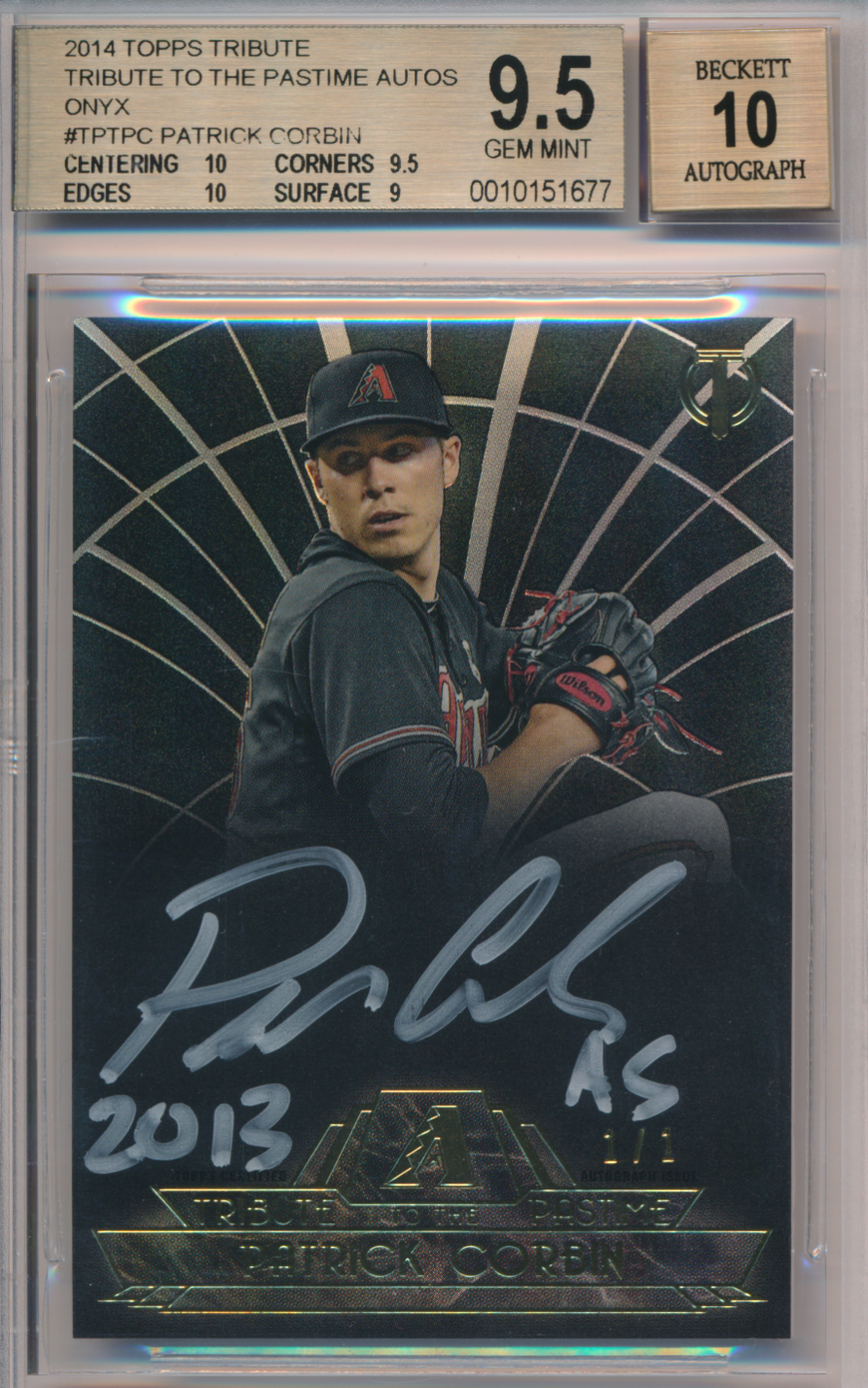 Rebounding off a down year in 2017, Corbin pitched admirably increasing his strikeout rate by 30% this past season. Adding to a great rookie season, if Corbin is signed by the Yankees, look for his stock to go up, playing for a potential contender and, of course, for a much more historic ball club than the Diamondbacks. 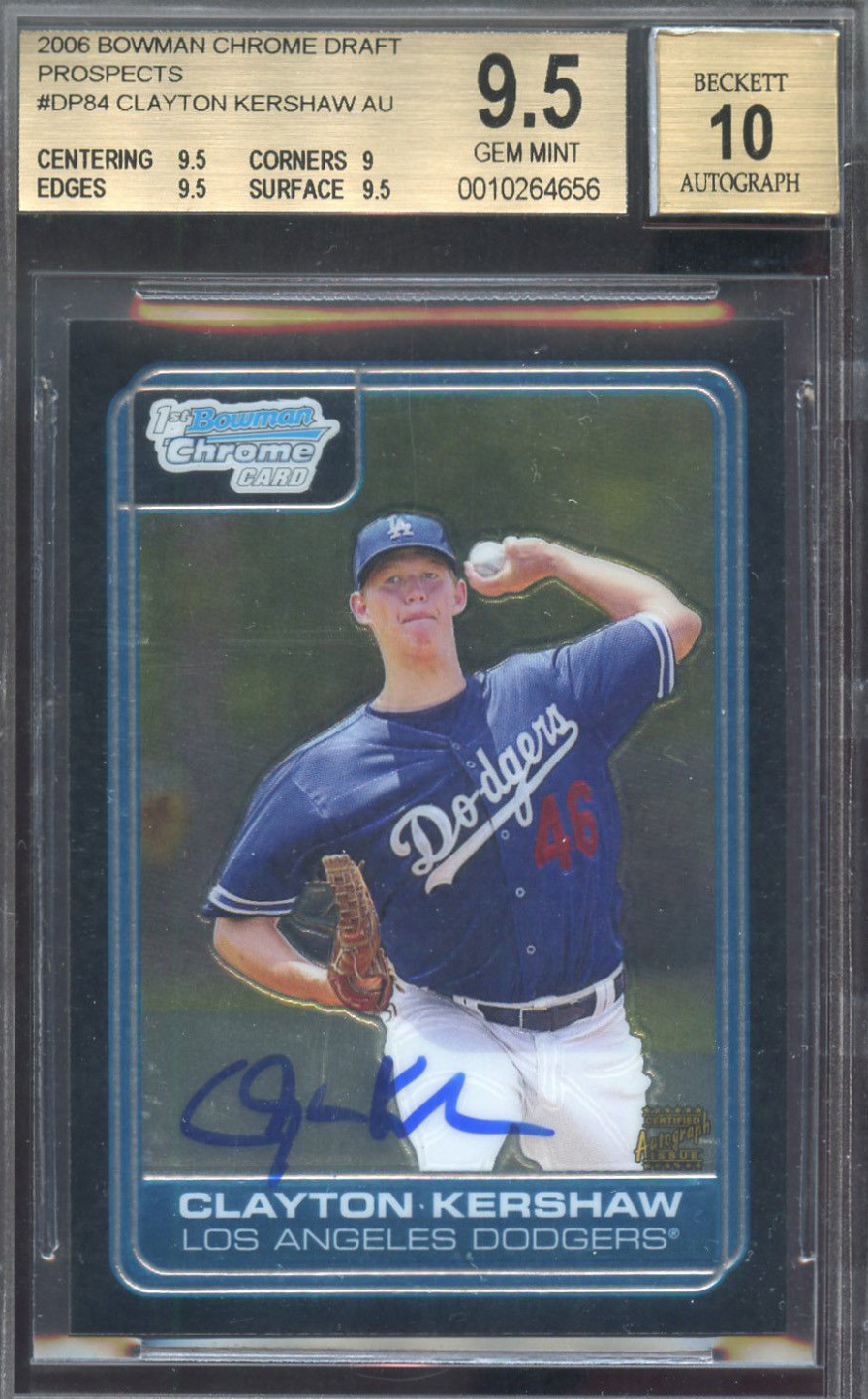 The best pitchers of this generation, Kershaw, even in his injury riddled seasons (these past two years), has a stat line worthy of Cy Young consideration. He could opt out of his current contract making him a free agent, but chances are he would end up playing for the Dodgers whether it’s under a new or his existing contract. So the question is really his health. If he could get over his back problems and also adjust to a slower fastball, Kershaw can remain elite and continue to have his rookie card value increase. 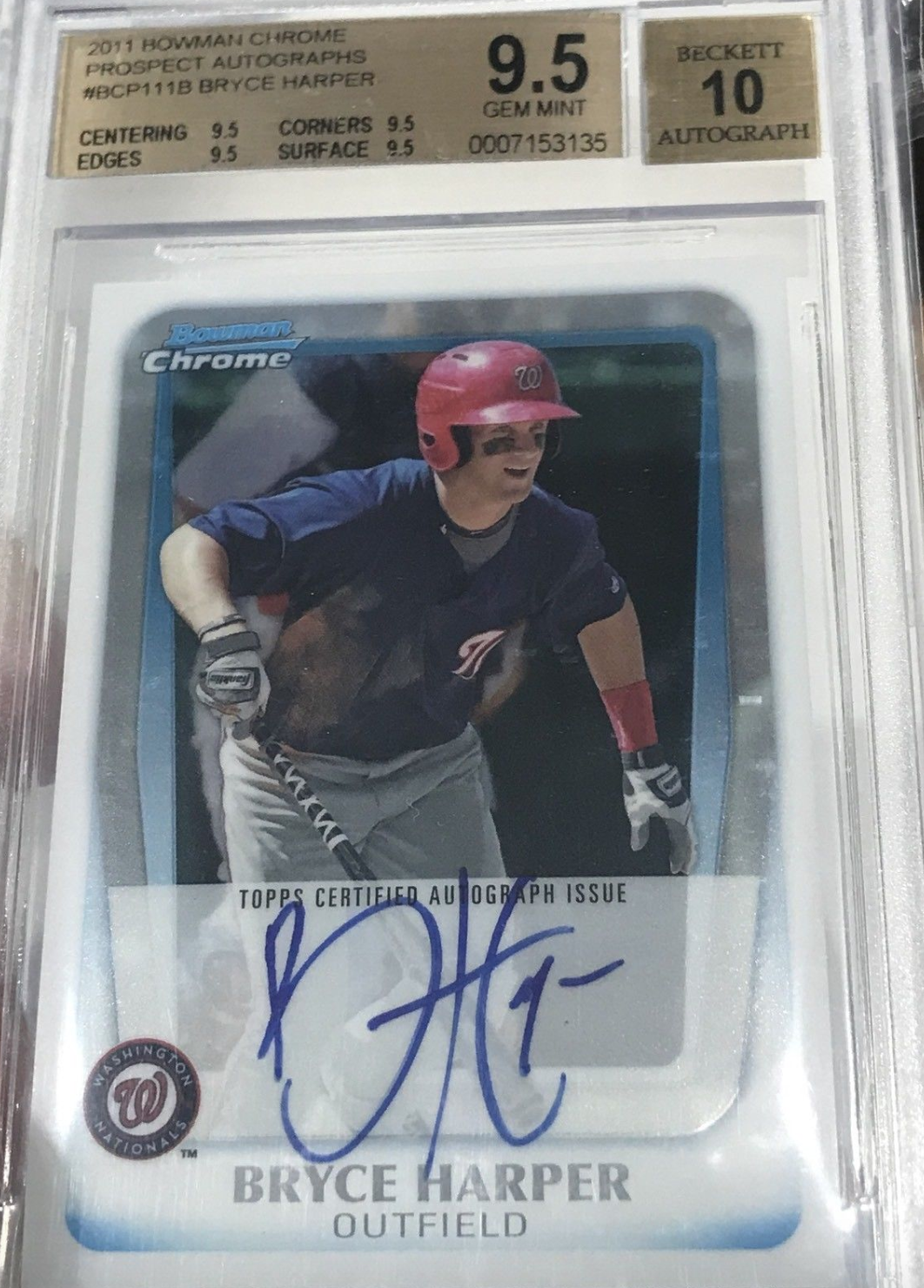 A little surprised that Bryce Harper isn’t number one on this list, but he definitely has the most potential to make the most financially. While he hasn’t exactly lived to the hype, Harper is still just 26 and could be a generational player like Mike Trout. Plus if he plays for the Yankees, Harper’s rookie card can skyrocket. 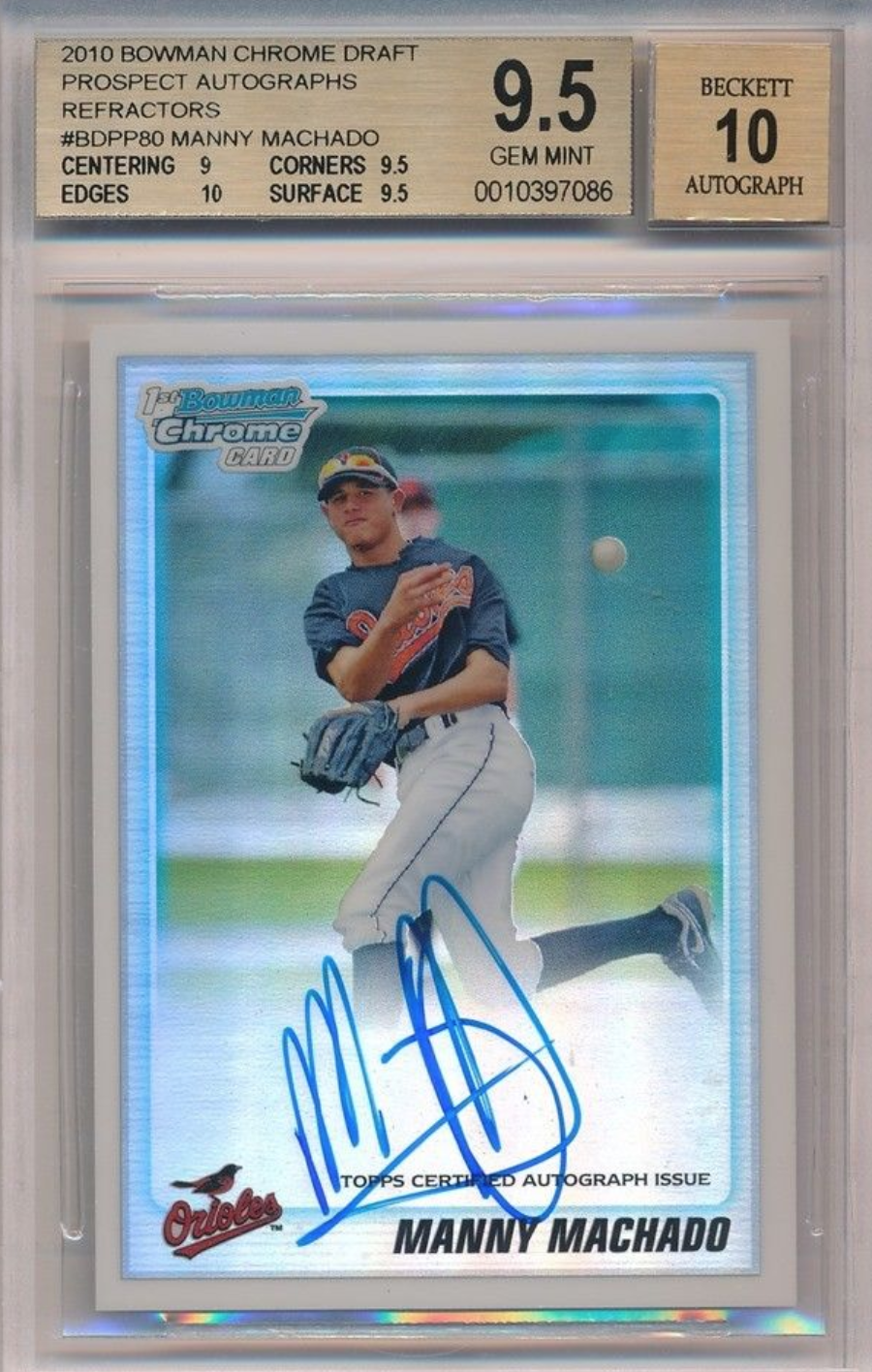 Just look at his WAR. While his work ethic might be called to question, he definitely can make a huge impact on any team that he plays for. Machado will be a prized free agent and if the Phillies get him, that team looks even more dangerous. His rookie card value should also increase playing for bigger market teams like the Dodgers and Phillies.