Frank Robinson has had a storied professional baseball career, having won the MVP honors in both the American and National leagues. 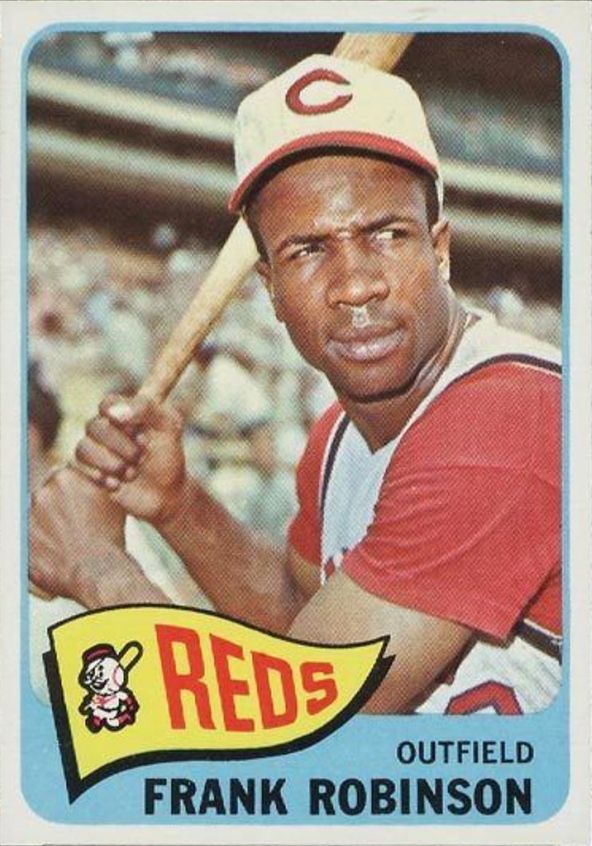 If that wasn’t enough, he’s won the World Series twice (1966, 1970) and the Triple Crown.
It’s not difficult to see why his 1965 Topps card commands big bucks when in mint condition.
Player: Frank Robinson
Career: Played for five different teams over his career including the Cincinnati Reds (1956-1965) and the Baltimore Orioles (1966-1971) where he had his most successful seasons. When all was said and done, he hit 2,943 total hits, 586 homeruns with a career batting average of .294, and 204 stolen bases on top of all that. As noted previously, he’s also won two World Series, two MVPs, along with the Triple Crown (1966) and Rookie of the Year honors (1956).
Card facts: His 1965 Topps card was his last as a Cincinnati Reds player before he was traded to the Orioles. This iconic card can be attained fairly easily from the 599-card Topps set, but it’s much harder to find in really great condition (hence the incredible increase in value for PSA Graded 9/10 cards).