Dual autograph relic cards are still rare enough that having one, especially with superstar players, is a real treat.

But how about when the signed relic card features not just two superstars, but two sporting legends like New York Yankees’ Derek Jeter and Chicago Bulls’ Michael Jordan.

Take a look at the 2006 Upper Deck Sweet Spot Dual Gold autographed card below and click on the link here to see the posting on eBay. 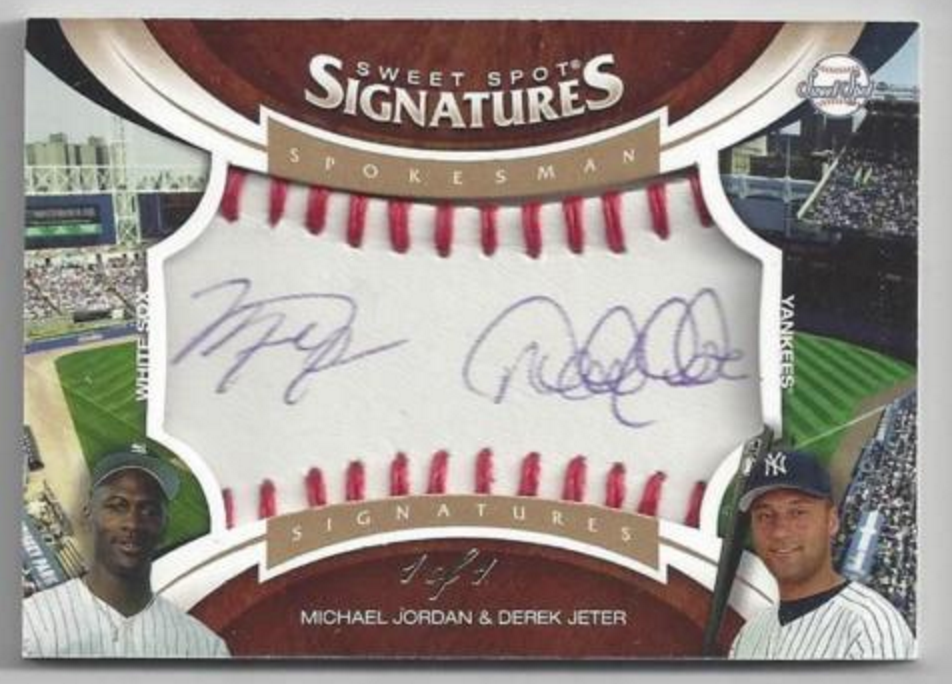 It doesn’t show Jordan in his Bulls uniform but rather when he tried out for the Chicago White Sox after his prime days were over as a basketball star.

Would you buy this card for $50,000? Because that’s how much the asking price is currently.

EDITOR’S NOTE: This card has since been sold from when the post was first written.

However, you can find more amazing dual autographs currently listed on eBay below!