It was a matter of time before Chicago White Sox top prospect Yoan Moncada got the call up to the big leagues. 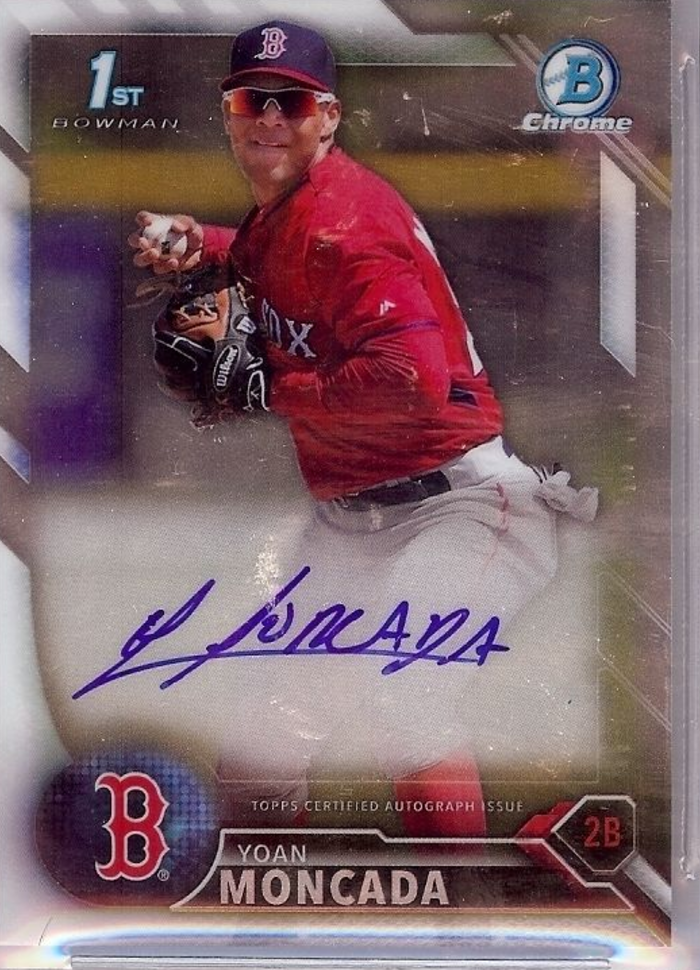 But not a lot of fans probably thought that meant first trading away third baseman Todd Frazier and closer David Robertson.
The White Sox did get a bevy of prospects in return, which have the team in a much better position to compete in the future.
And to anchor the young team could be Moncada himself who may be the cornerstone of this rebuild.
In his brief Major League stint with his former team, the Boston Red Sox, Moncada struggled to stay on top of big league pitching. But he’s been working on his swing and approach back in the minors with good results.
If he can avoid the DL, Moncada could begin to meet some of the lofty expectations as the current number 1 MLB prospect.
That hype has already driven up the cost of his 2016 Bowman Chrome autographed card, which is currently selling for just under $500.
CK