There’s been so much hype for New York Yankees prospect Gleyber Torres with excitement about the shortstop/third baseman joining the big leagues later this season.
But Torres injured himself sliding into home and is scheduled to undergo Tommy John surgery to repair his torn ulnar collateral ligament. 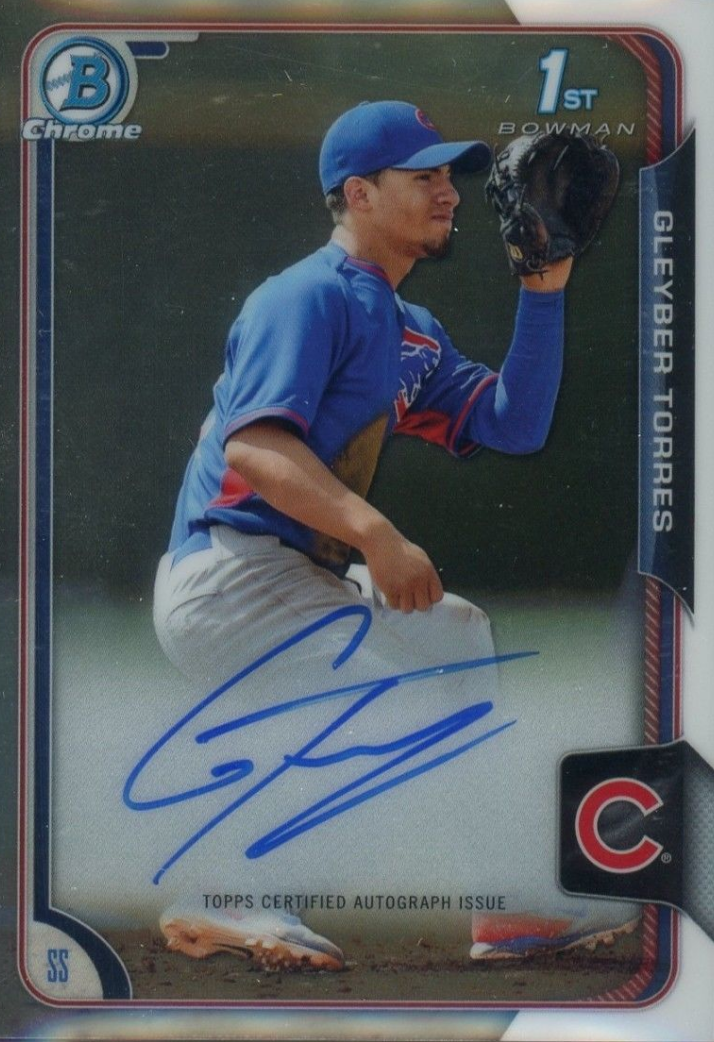 The way the Yankees have been playing especially with the emergence of Aaron Judge, they could take their time with Torres. But it would have been great to see a young Yankees team really make an even harder push for the pennant again this season.
In any case, with Torres sidelined for the rest of the season, it’ll be interesting to see if the price of his 2015 Bowman Chrome Prospect autographed card will see a potential decrease.
Currently selling for about $300 (base autograph, BGS Graded 9.5/10), you’re sort of buying high considering he’s never played a regular season game yet.
But if there is a drop from now until the start of next season, it could be a better investment. After all, the injury is to his non-throwing arm and reports so far are optimistic that he’ll be able to make a full recovery.
Plus Tommy John surgeries aren’t as serious for non-pitchers. We’ll be sure to keep track of the value of his card over the next few months.
CK