Tim Tebow another step closer to the big leagues

With news that Tim Tebow was promoted recently by the New York Mets from low-A ball to high-A ball, there was a general theme stated in many of the articles suggesting his stats don’t warrant such a promotion.
Batting .222 in 212 at bats with 69 strikeouts, three homeruns and 23 RBIs, some critics say the Mets organization are milking Tebow for his ability to draw crowds to the minor league games he plays in. 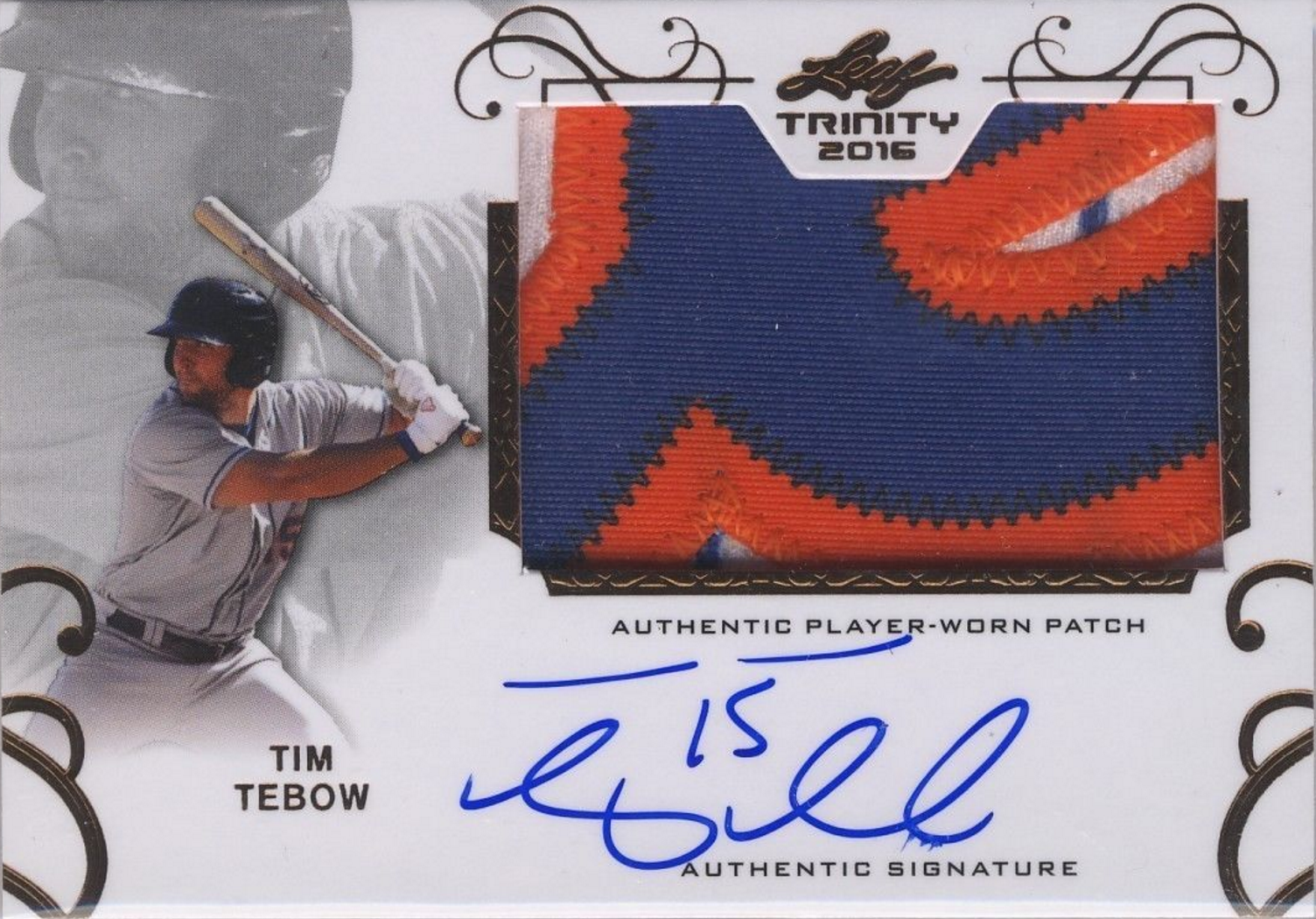 To the Mets credit, GM Sandy Alderson says they promoted Tebow because of signs that he has shown improvement.
Collectors still seem to buying his cards not for his talent but for the cultural phenomenon that he is.
His 2016 Leaf Trinity autograph jersey patch sold recently for $100.
We’ll see how long the Tebow Show lasts.
CK