Three baseball cards I'd rather have for $1,000 than an Aaron Judge autographed rookie and why

Don’t get me wrong. I think New York Yankees rookie outfielder is a monster, and his accolades are well-deserved this season.
But the hype driving the value of his autographed rookie cards is a little too insane and I suspect it to level off (maybe even depreciate) as Judge continues his career. His level of production seems to be unsustainable although he can still have a highly productive career.
In any case, even if I had the $14,000-plus that it costs now to get one of his autographed refractor cards, I never like buying high. The cost of his 2013 Bowman Chrome base autographed cared (BGS Graded 9.5/10) is more reasonable at roughly $1,000.
But here’s three cards I’d rather have for that kind of money, which I believe will end up being a better investment in the long run. 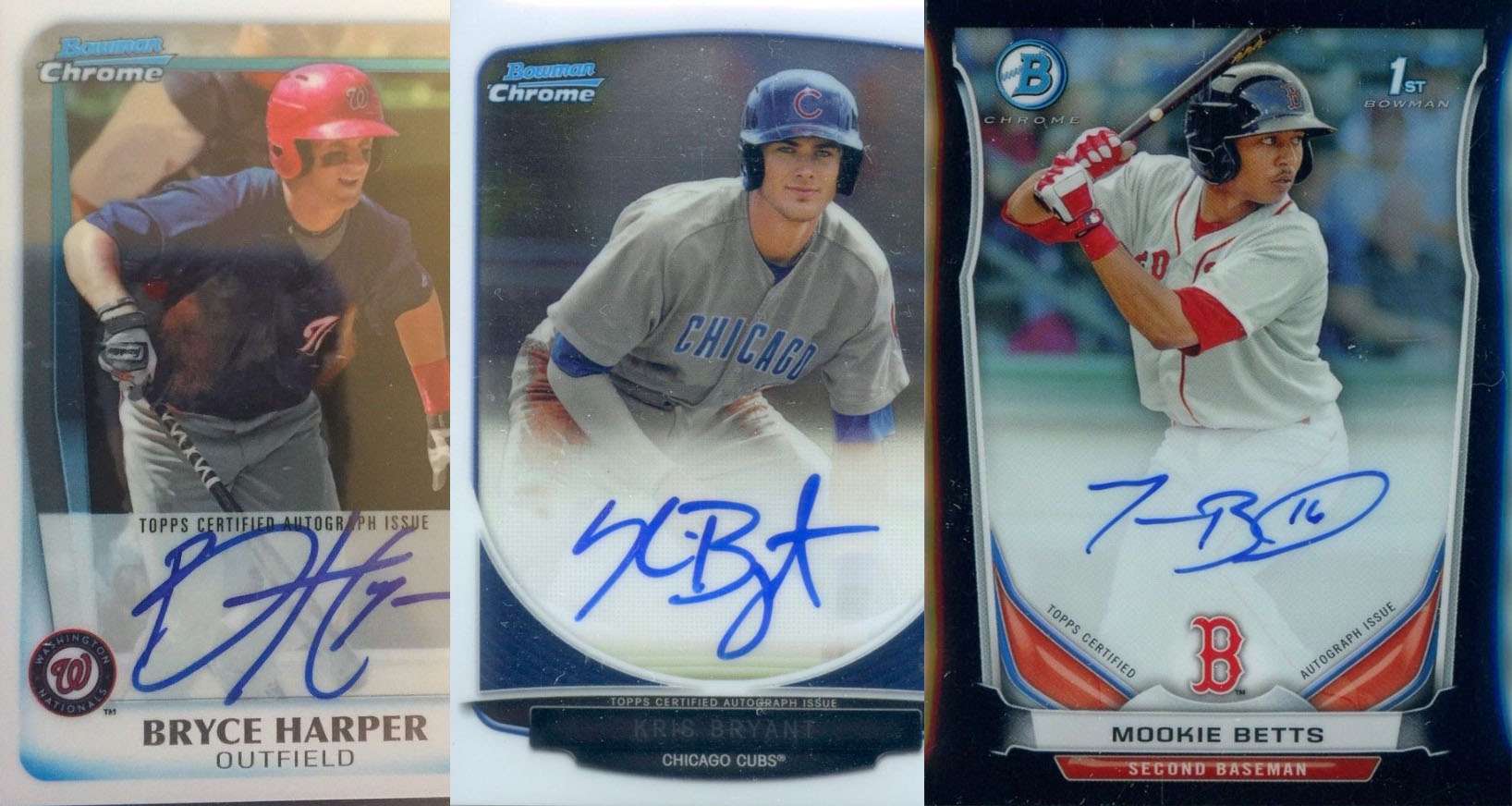 Would you still rather have Judge’s rookie over these three?
CK