Sometimes the card of a player who defies all logic is absolutely worth having.
That might apply to Atlanta Braves pitcher Bartolo Colon who celebrates his 44th birthday today and is currently enjoying his 20th season in the Major Leagues. 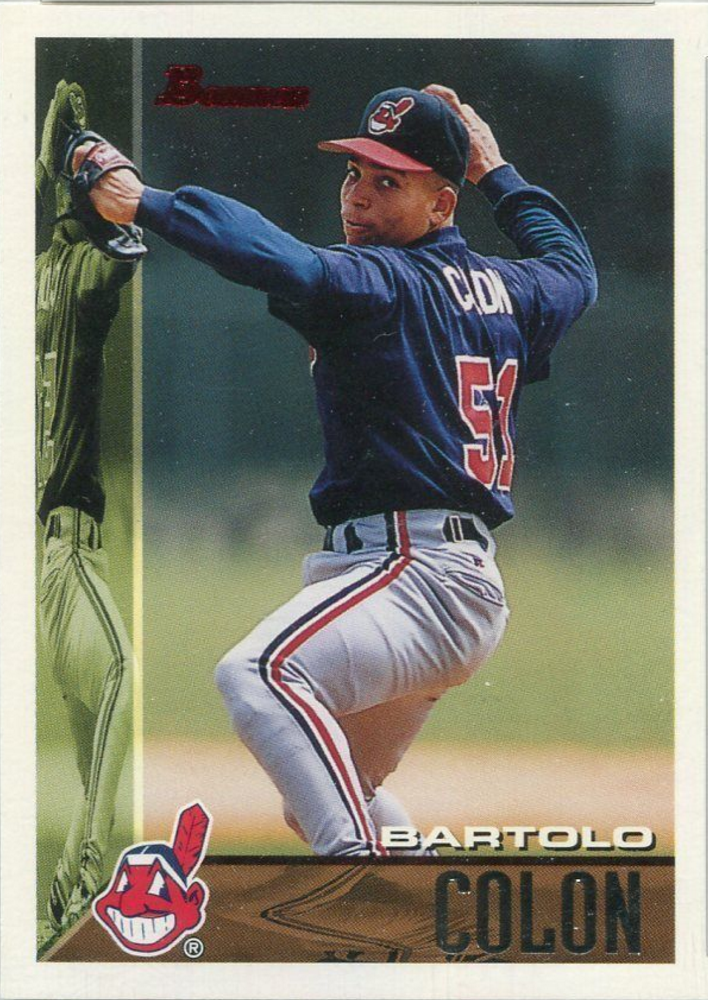 While today, he’s often known for his weight, Colon has had a productive career. He may not throw as hard as he used to but he can still pitch well enough to be kept on a big league roster.
Many fans might forget that he’s won a Cy Young award with the Los Angeles Angels of Anaheim when he went 21-8 with a 3.48 ERA.
Read More »Happy birthday to Atlanta Braves veteran pitcher Bartolo Colon

Nolan Arenado continued his great start to the 2017 season today going 2 for 4 including two doubles and two RBIs to mark his 26th birthday.

It’s actually a belated birthday wish but better late than never, right?
Besides, the fact his birthday is not top of mind for many baseball enthusiasts (unless you’re a Toronto Blue Jays fan) kind of goes with how people remember his baseball career.
I’m not sure why he doesn’t get more baseball love despite a very productive career, which includes 10 seasons with 100-plus RBIs, five all-star game appearances and nearly 400 homeruns (just four shy) to his overall stat line.
Read More »Happy birthday to the underrated Joe Carter

In honor of the big man’s birthday today, fivecardguys.com narrowed down his top three rookie cards any collector would be happy to have.

On Feb. 24, 143 years ago in 1874, baseball legend Honus Wagner was born.
Wagner had a storied baseball career that lasted 21 years, including three years with the Louisville Colonels and 18 years with the Pittsburgh Pirates, primarily playing at shortstop.

Over the course of his career he finished with a 328/391/467 batting line, and a 131 WAR. Routinely leading the National League in many batting categories each year, Wagner was easily voted into the Hall of Fame the first year elections were held in 1936, and he is often considered to be the best shortstop in the history of the game.
Read More »Honoring Honus Wagner and the most expensive sports card of all time

Vladimir Guerrero turns 42 and despite missing entry into the Baseball Hall of Fame, it seems just a matter of time until he does.

Overshadowed by what is arguably the biggest sporting event each year in the United States, Henry “Hank” Aaron celebrated his 83rd birthday.