It was five years ago yesterday (July 9) that Derek Jeter “The Captain” of the New York Yankees hit his 3,000th career hit.

And he didn’t just hit his 3,000th career hit with a single or double or even a triple. He did it in style by hitting a home run off of David Price, going 5 for 5 that day.

It couldn’t be more of a perfect day for Jeter but hardly surprising considering his immense talent on the field.

To recognize the anniversary of that great moment, here are some amazing high-end, graded, autograph Jeter cards we like a lot. Click the links to see the actual posting with more detail. 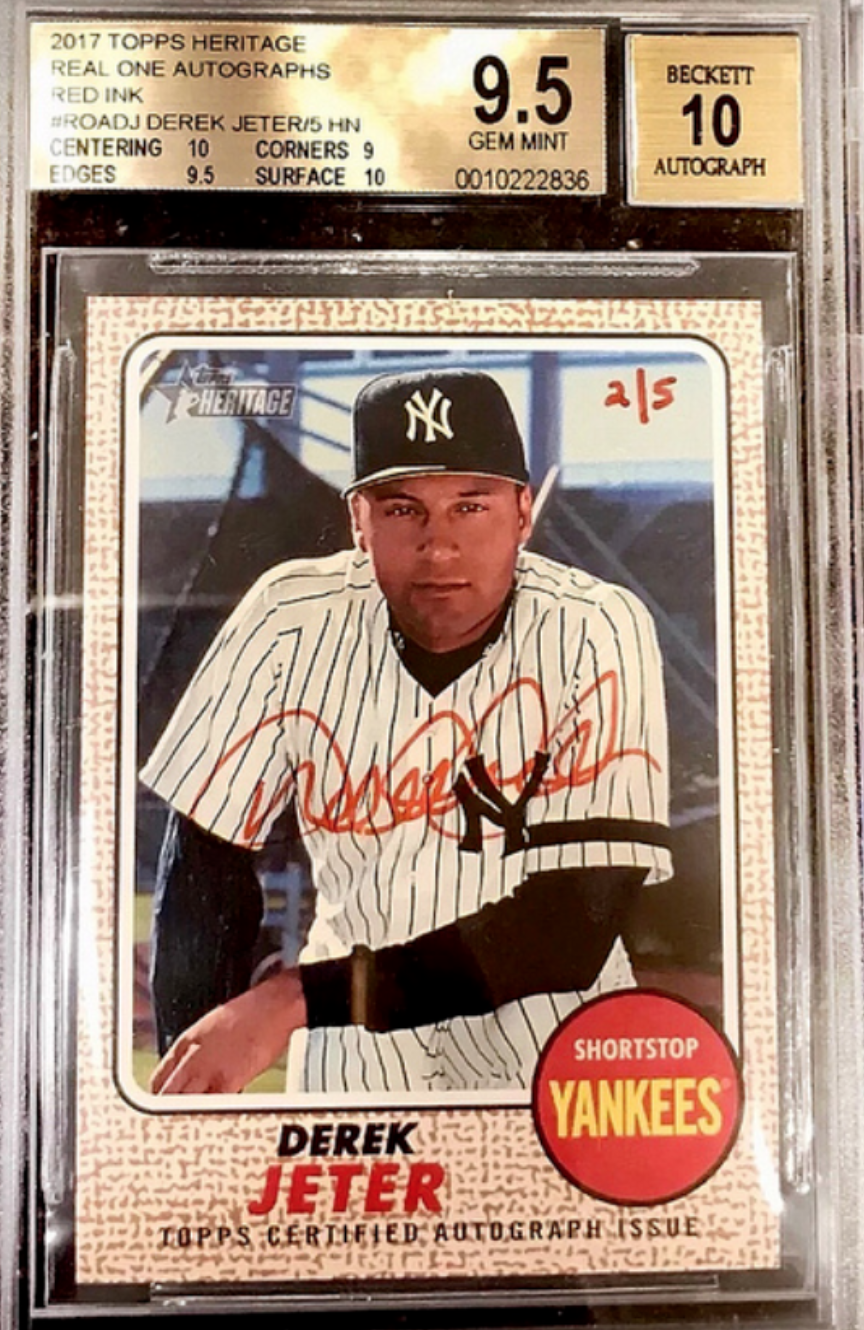 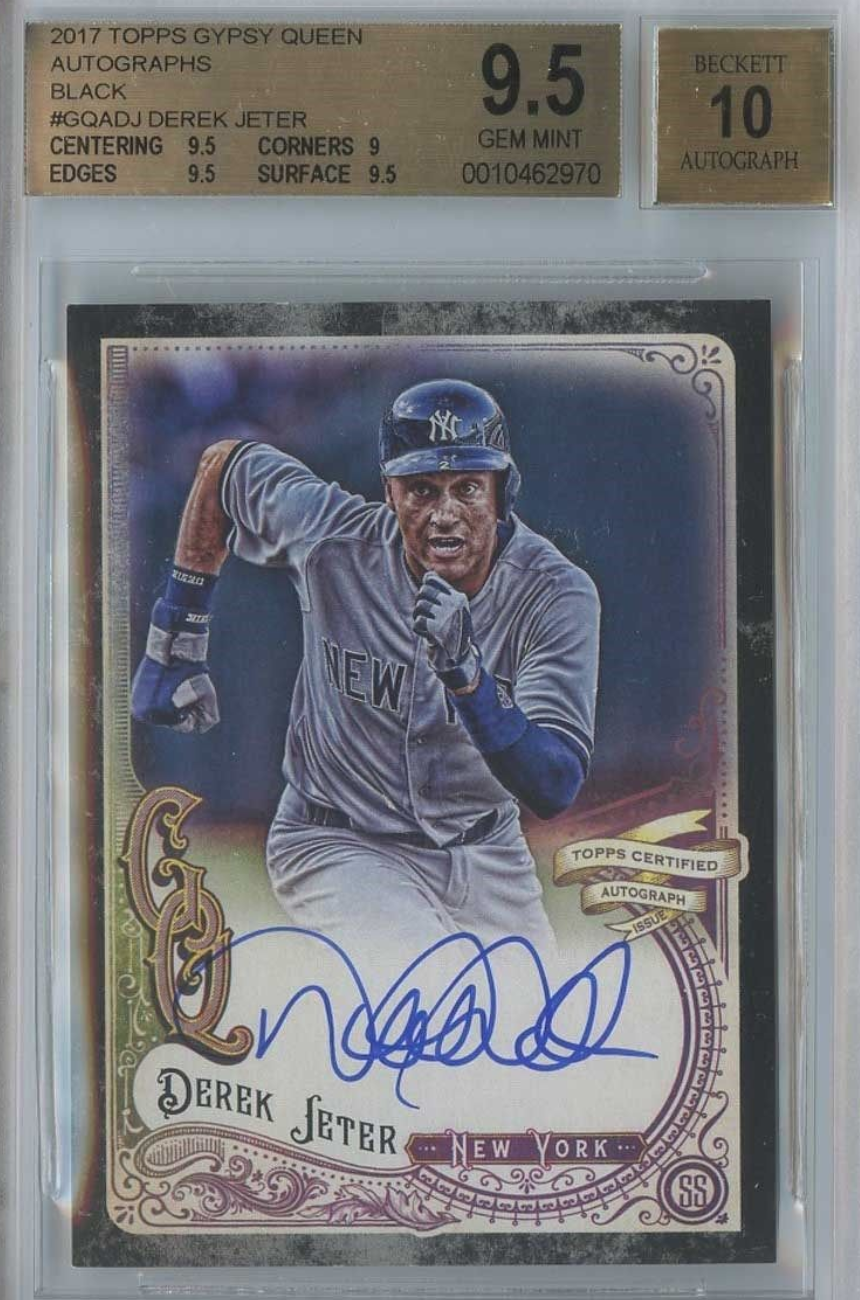 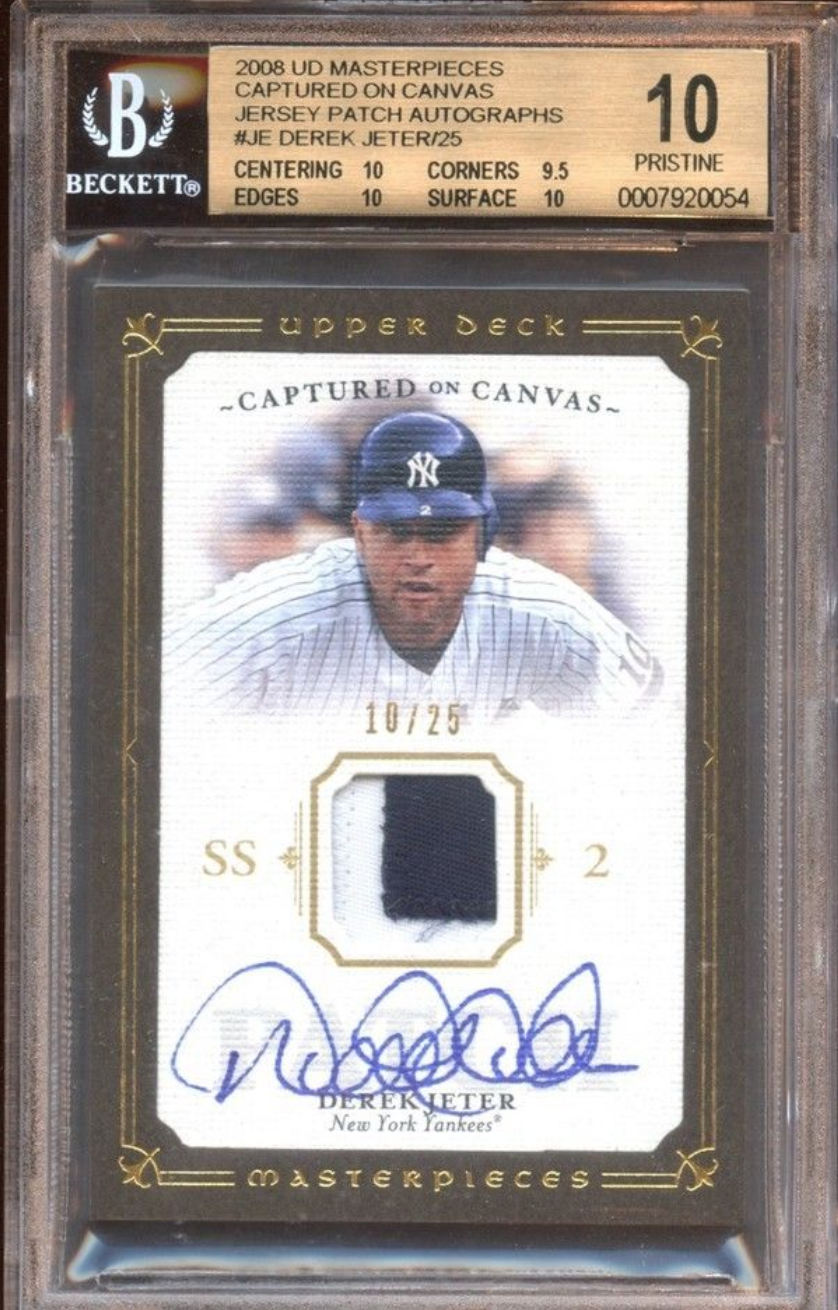 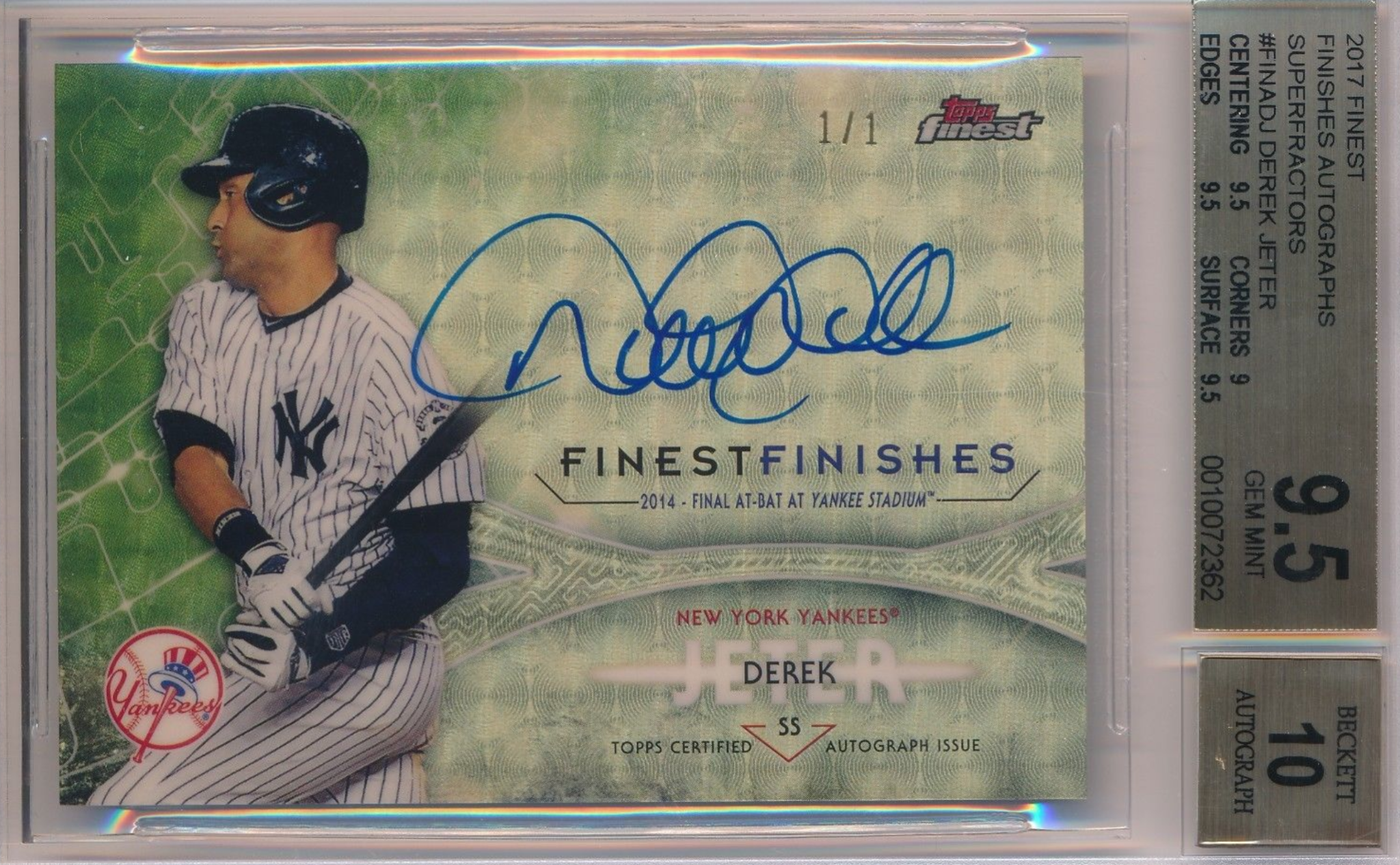 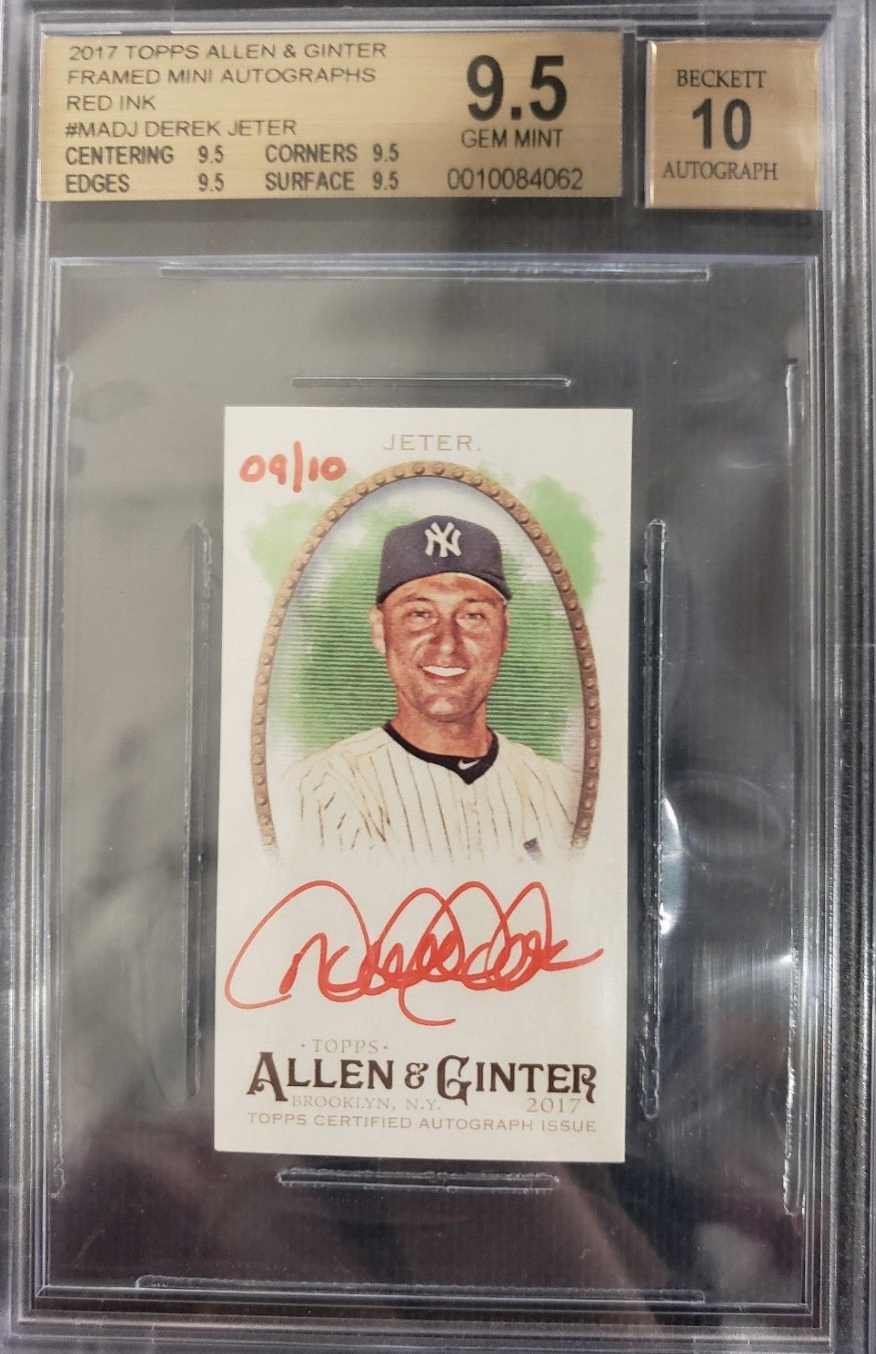 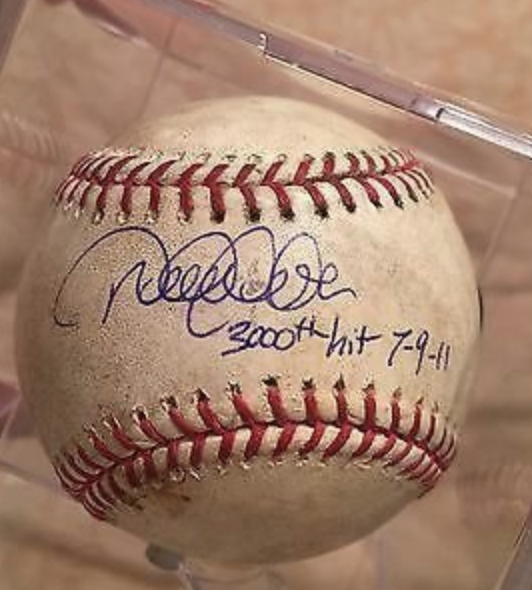