Was it even fair?
The U.S. Olympics basketball team in 1992 dominated the competition during the first year that professional basketball players were allowed to compete.

For those who played, it was unforgettable. pic.twitter.com/OxGu8hnp9e

With names like Michael Jordan, Magic Johnson, Larry Bird, Charles Barkley and John Stockton (to name just five), it seemed inevitable the gold was theirs for the taking.
To commemorate this momentous occasion in sports, here’s one card featuring two members of the ‘Dream Team,’ Larry Bird and Magic Johnson, on one signed rookie card. Click the link to see the posting on eBay! 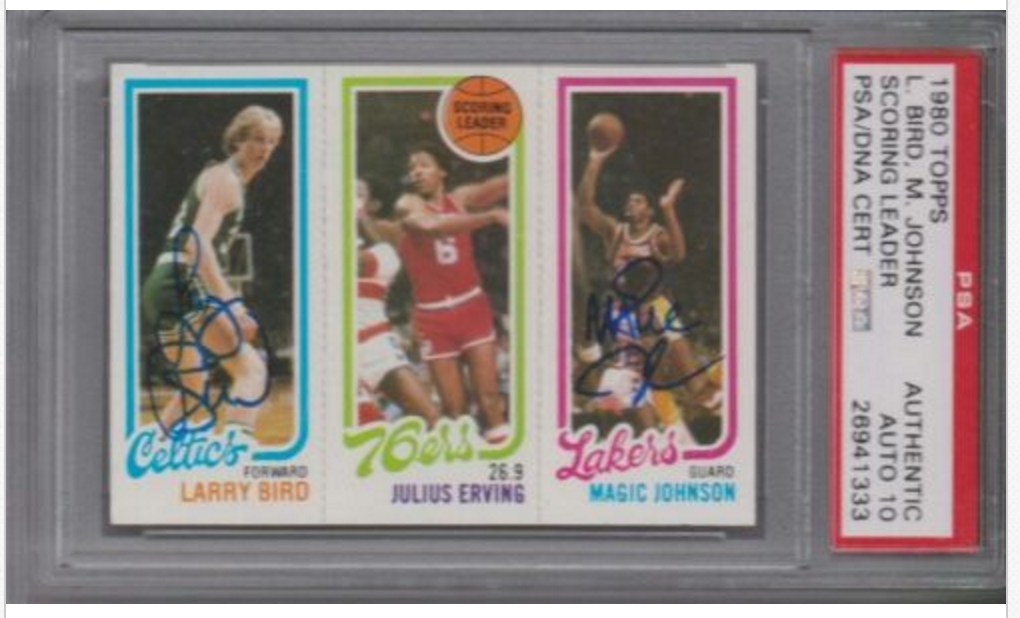