EDITOR’S NOTE: The card below sold for $194.38. Amazing deal!
Before the injury, Washington Nationals infielder Trea Turner’s stock seemed to be on the rise despite a slow start to the 2017 season. But then he started to run like crazy stealing 35 bases in less than 300 at bats. 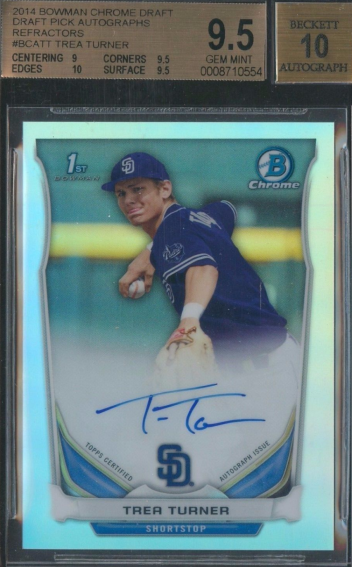