EDITOR’S NOTE: The card below sold for $54. Wow.
Washington Nationals pitcher Stephen Strasburg has elite skills but due to injuries throughout his career, the shine seems to have worn out a bit for this once top pitching prospect. 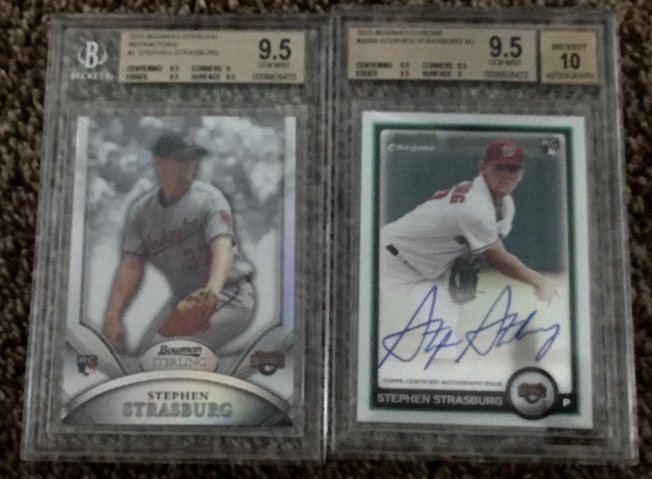