EDITOR’S NOTE: The card below sold for $35. Great deal!
The Chicago White Sox prospect Lucas Giolito, who was once considered a top 3 MLB prospect coming up in the Washington Nationals farm system, has seen his stock plummet over the last season.
His inconsistency is most likely to blame. Still, he’s a young pitcher and the organization as well as some sports writers, believe in his talent. Depending on how you feel and your risk tolerance, this could be a buy-low opportunity. 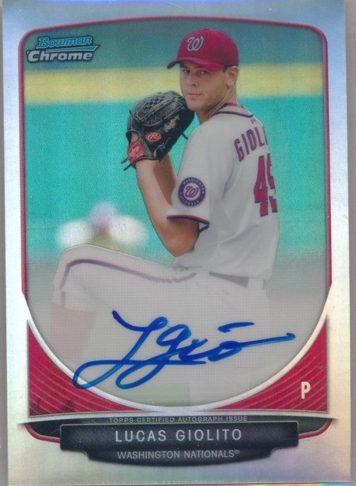 Here’s one rookie that’s on the auction block now (as of July 28, 2017), which could be bought for good current market value.