EDITOR’S NOTE: The card below sold to whoever made the lone bid for $1,999.99. Seems to be the going market value currently.
As long as Los Angeles Dodgers Cody Bellinger keeps hitting, his 2015 Bowman Chrome Prospect autograph rookie card will be a hot commodity. 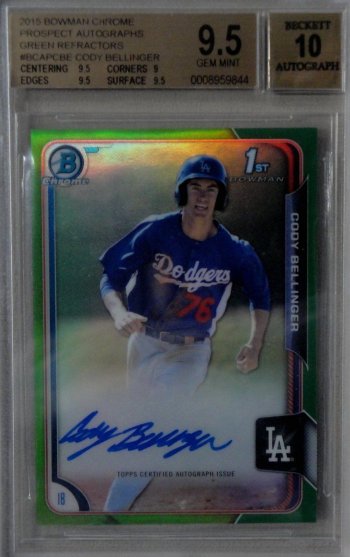 We’ve featured his base autograph rookie before but for refractor fans out there, here’s a green refractor numbered to only 99 that’s up on the eBay auction block, which could end up being better than current market value.