EDITOR’S NOTE: The card below sold for $717.77. The trend continues downward. Next Judge card on auction will be really interesting to watch!
As the hype slows down on the great Aaron Judge of the New York Yankees, we’ve seen his 2013 Aaron Judge Bowman Chrome Draft base autograph rookie (BGS Graded 9.5/10) also go down slowly. 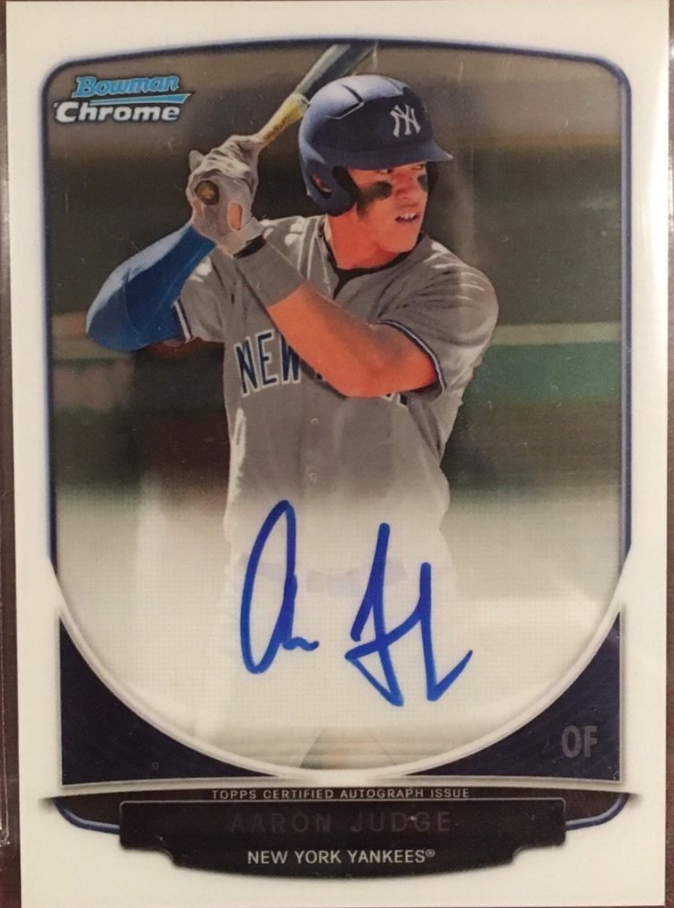