Fans are a fickle bunch with short-term memory, aren’t they?
Or maybe it’s just passion for the game and wanting the hometown team to win.
But when it comes to Miguel Cabrera who has gone more than 100 plate appearances without a homerun, that’s a long time for this elite power hitter and Detroit Tigers fans were getting a little impatient.
His homerun yesterday probably couldn’t come at a better time, lifting the Tigers over the Tampa Bay Rays.

There’s already reports he’s playing through injuries, which would explain his slow start this season.
But all those great years Miggy’s given to the franchise shouldn’t be forgotten by fans and collectors alike. He’s 34 years old and could probably play for at least a couple more seasons if he rehabilitates well. If the Tigers aren’t contenders this year, giving Cabrera more rest might be the wise thing to do.
When the day comes that he calls it quits, the value of Cabrera’s rookie cards should hold good value, especially the limited ones that he autographed. His stats are already hall of fame worthy and like Albert Pujols, he should be able to pad it out some more these next couple of years.
Here are a couple of rookie cards that are worth looking into for Miggy collectors: 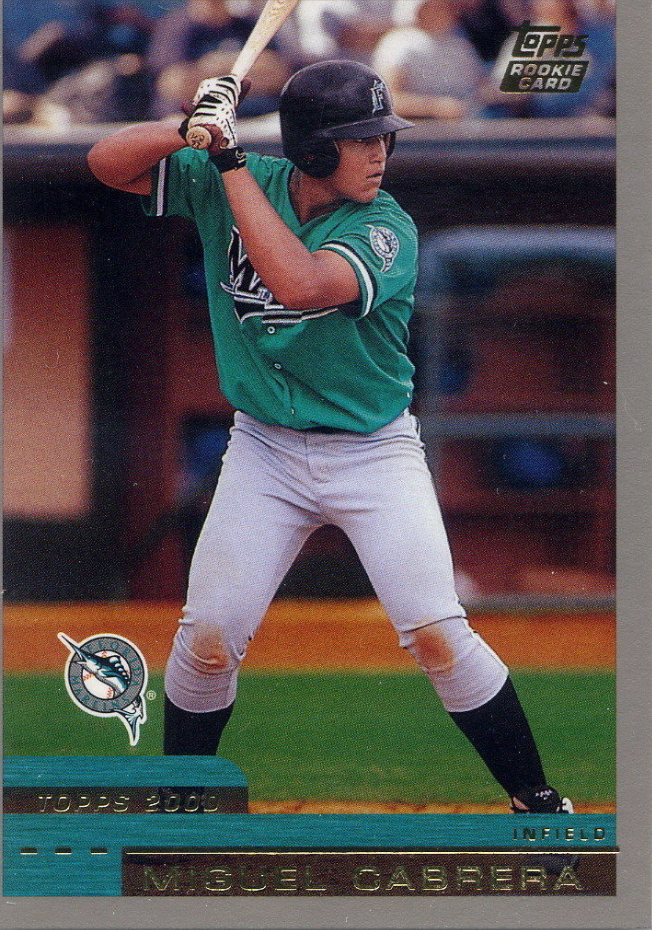 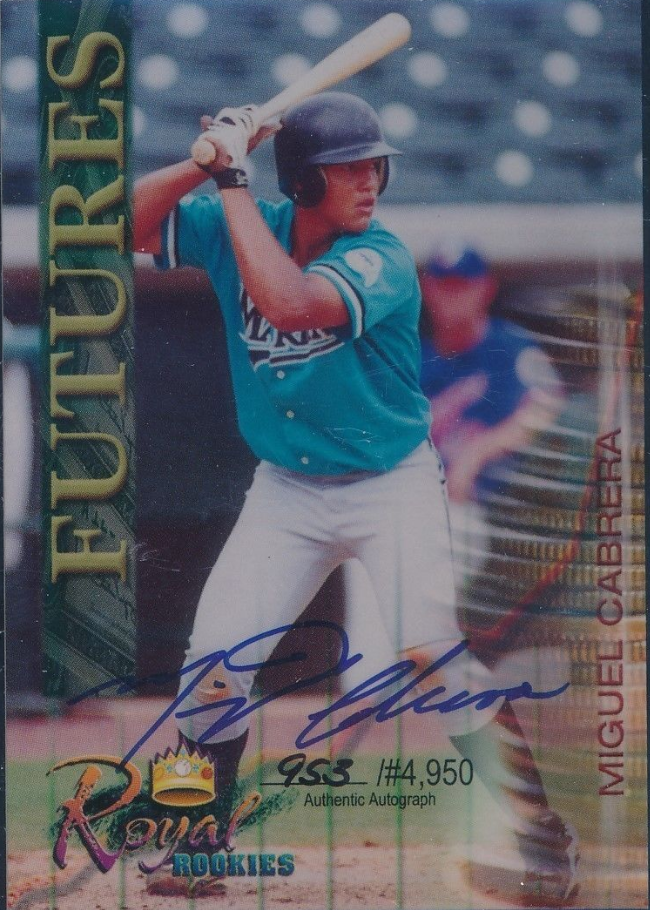 2) 2000 Royal Rookies autograph (/4950)
The card looks similar to the aforementioned Topps Traded card in that it features Miggy in the batter’s box at roughly the same camera angle.
But this card is both autographed and serial numbered.
The design is a little busier, which slightly takes away from the overall appeal of the card. Still, again, it’s autographed and serial numbered, and at $350 for a BGS Graded 9.5/10, it’s great value.
CK