Before the season ended, Kris Bryant’s 2013 Bowman Chrome Draft base autograph rookie was going for nearly $1,000. 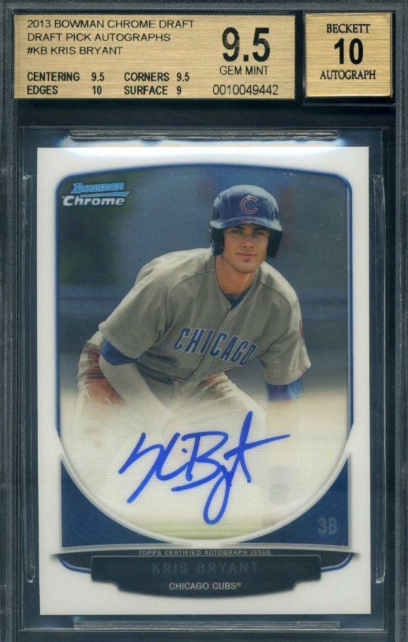 Now it can be bought for about $750 after finishing the season with 29 homeruns and 73 RBIs while batting .295. Great stats but since he’s Bryant, the numbers look fairly mediocre.

His talent though is still immense and only in his mid-20s, Bryant is capable of breaking records over the course of his career. The Chicago Cubs certainly think so, offering him a first-year arbitration record amount of $10.85 million.

If you believe as well, it might be a good time to invest in a Bryant autograph rookie card. A gold refractor numbered to 50 (BGS Graded 9.5/10) is currently available for $7,000.