Jose Altuve could end up in the Hall of Fame, reward collectors

Much has been said about Houston Astros’ Jose Altuve’s small stature, standing at just five-foot six-inches. 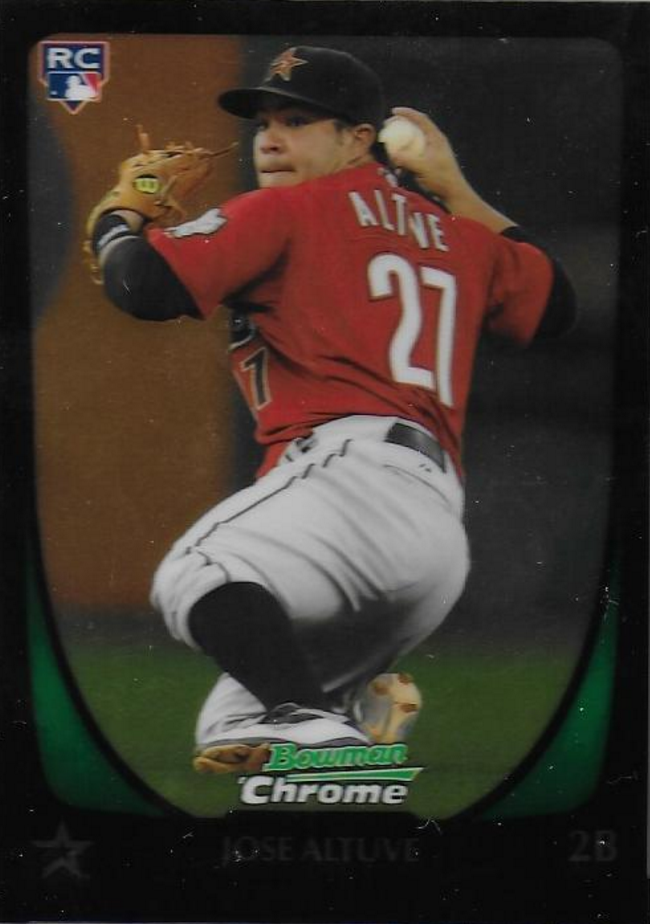 But anyone who follows baseball knows there’s more discussion these days on what he’s doing on the field.
One article notes Altuve is on his way to the Hall of Fame if he continues his dominating performance as he has shown the past three seasons.
While his speed and batting average is legit, Altuve has only recently demonstrated that he’s also got some pop in his bat, hitting 24 homeruns last season. He’s already hit nine this season and is on pace to hit another 20-plus homers in a potent offensive lineup.
When he started in the majors, his stats were pretty pedestrian. Not a lot of people would have predicted Altuve to be the player he is today.
Maybe there’s still some apprehension of whether Altuve can continue to play at the high level he has been playing in recent years, which might partially explain his rookie cards are relatively affordable now.
But if he can string a few more years together with all-star numbers, he’ll be heading into the Hall of Fame and rewarding those collectors who believed in him early.
CK