Is it time to sell, sell, sell on Yankees' Aaron Judge?

Everyone knows about the tremendous first half of the 2017 season for New York Yankees outfielder Aaron Judge.
The hobby has probably overreacted a little with what people are willing to pay for some of his rookie cards (already in the five-figure territory). 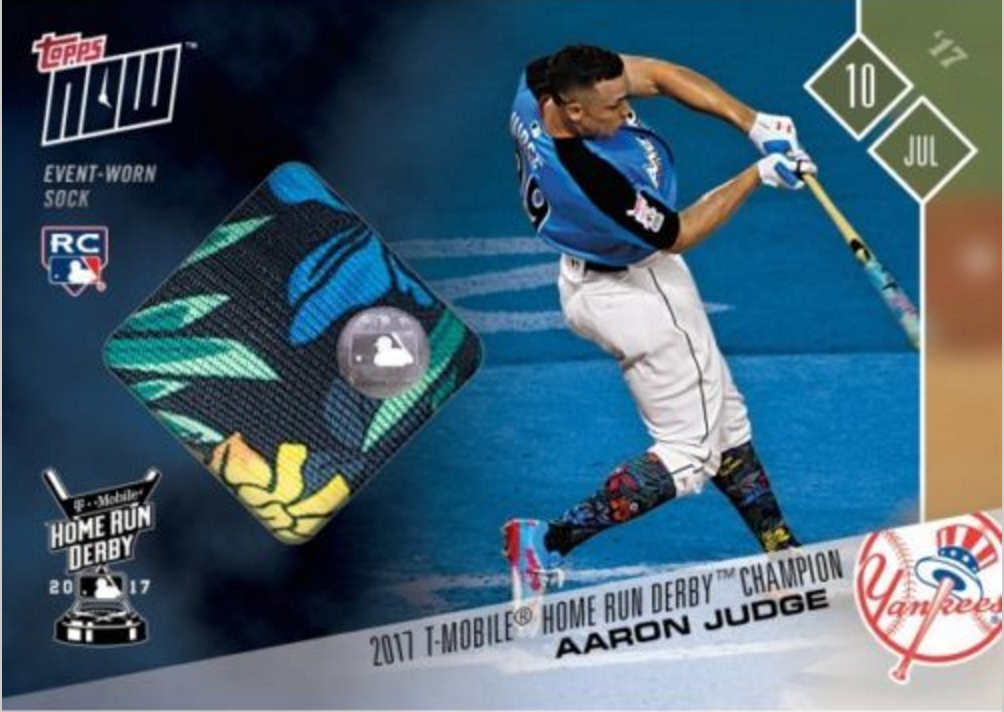 In fact, we wrote about three cards we’d rather have for the same price of his Bowman Chrome base autographed card for roughly the same amount ($1,000).
Now this article on The Ringer website points out that Judge has become the worst player since the All-Star break. Could it be the home run derby curse?
Or could it be just a good ol’ regular slump? His .115 batting average is ugly and nine strikeouts in 26 at bats reminds of the old Judge late last season.
Surely, if this continues, a market correction on the value of his cards are in order. For those who have his cards, maybe it’s a good time to sell now at what could be the peak value.
Or again, maybe it is just a slump. And with the trade that brought in Todd Frazier and David Robertson to the Yankees, maybe Judge will get his bat going again leading this team to a World Series Championship berth.
If that happens, disregard this post.
CK