Is Gleyber Torres the next Derek Jeter?

Before we get too far ahead of ourselves, it’s hard to imagine any current top prospect of having the full illustrious career that Derek Jeter, the great New York Yankees shortstop, had.
But the hype machine seems to be revving up on Gleyber Torres who was acquired from the Chicago Cubs last season for one of the best relievers currently pitching in the game – Aroldis Chapman. 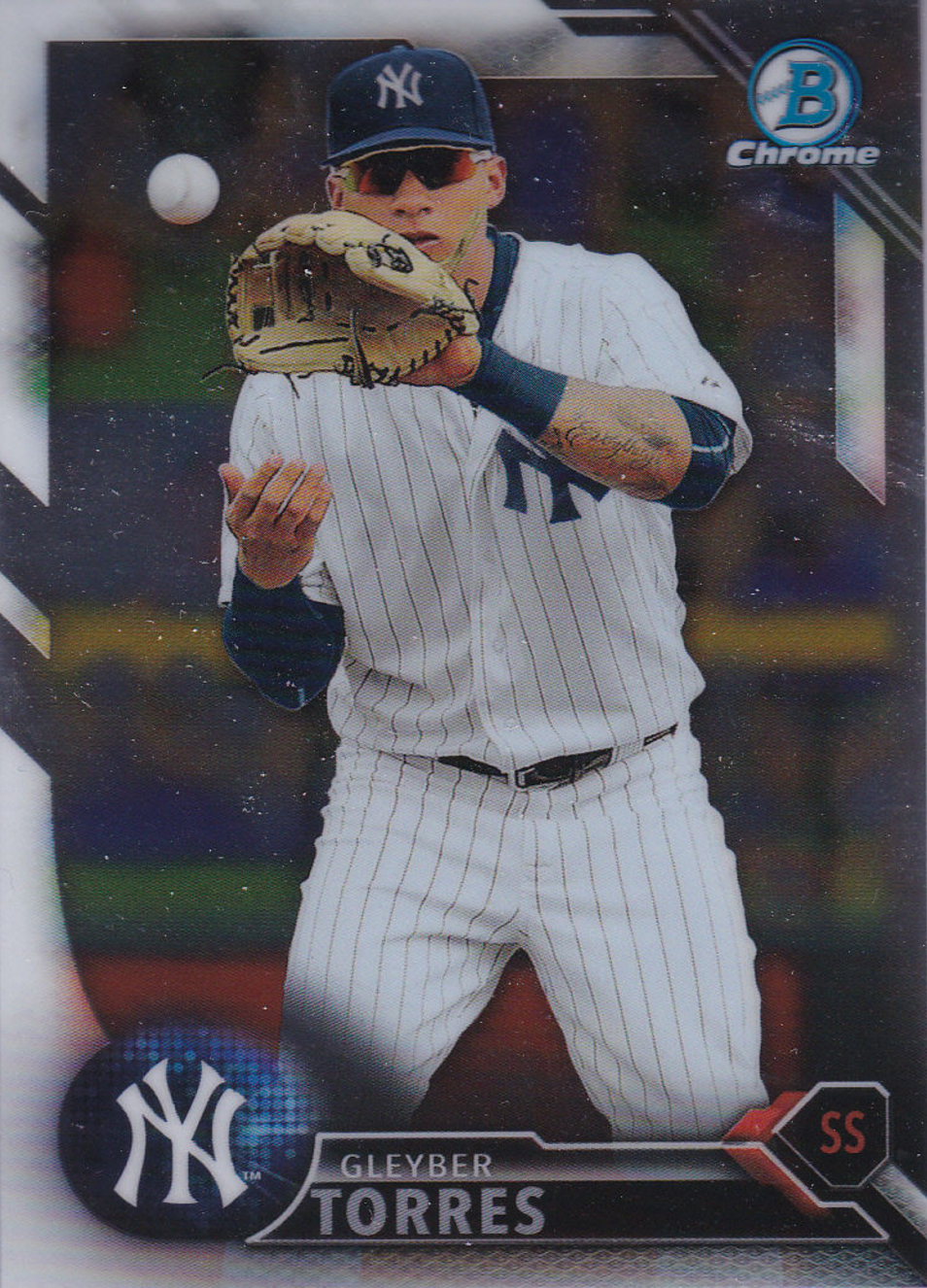 It was a high price to pay for the Cubbies, which paid off in the end by capturing the World Series championship after a 108-year drought.
But will it payoff for the Yankees who are looking to not only return to the post-season but lead the American League East division, which they haven’t done since 2012? By their standards, that’s a long time.
In a seeming reversal of strategy for the historic ballclub, the Yankees aren’t relying on the older and arguably overpriced players to carry their team as they’ve previously done  (RE: Alex Rodriguez, Mark Texeira, Brian McCann).
The future for the Bronx Bombers suddenly looks much younger and brimming with potential. Gary Sanchez  and Starlin Castro could be a crucial piece for the retooled Yankees for years to come.
And their prized piece, Gleyber Torres, is already being labelled as the Yankees shortstop of the future with Didi Gregorius just keeping his seat warm until the top prospect is ready. Plus he’s popping up in the top 5 of the prospects to watch out for in 2017.
For collectors, time is running out to get his rookie card at a price point that it isn’t yet buying high. The time for buying low though is long gone.
His 2015 Bowman Chrome prospect base autographed card seems to be selling anywhere between the $150 to $225 range. If you were a forward-thinker, you would have been able to buy this card in the $120 to $160 range three months ago.
It will only trend upward as we get closer to Opening Day and the hype continues to grow. But if it gets out of control, the best time to sell might be as soon as he gets the call up. Any struggle adjusting to the Major Leagues could see the price of his cards also adjust slightly downward.
Unless, of course, he becomes the next Derek Jeter.
CK

0 thoughts on “Is Gleyber Torres the next Derek Jeter?”