It’s not easy for any pitcher to strikeout 10 or more batters in one game.
But Boston Red Sox pitcher and unquestioned ace of the staff, Chris Sale, did so in 16 of his starts this season. 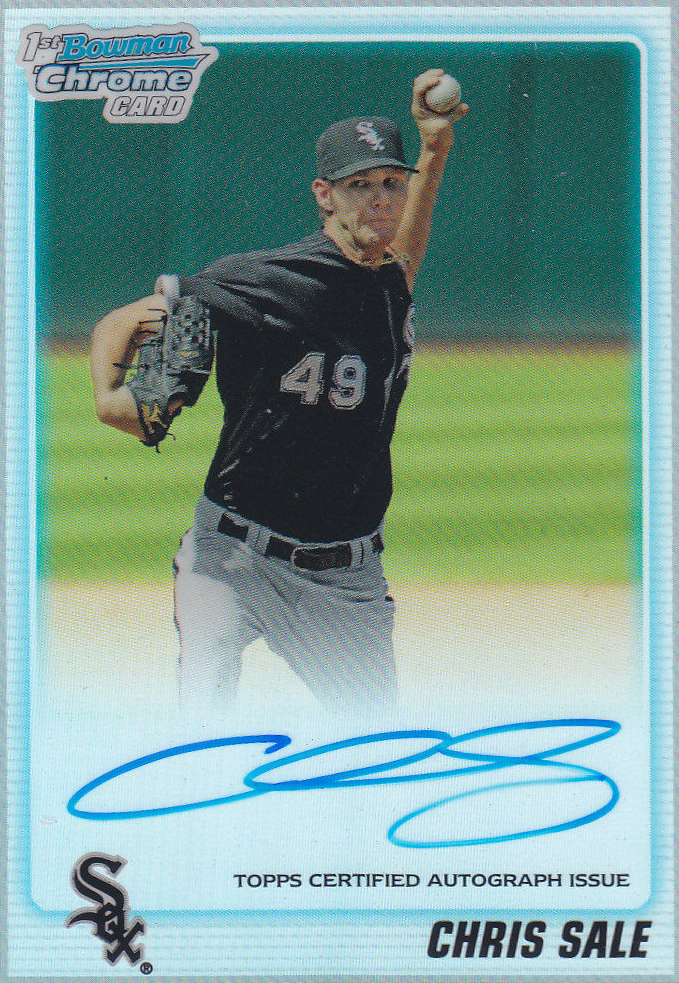 That’s an incredible feat and puts him at the top of the list to win the American League Cy Young award (Corey Kluber of the Cleveland Indians is probably a close second).
We wrote in an earlier post when he first got traded from the Chicago White Sox to the Boston Red Sox, Sale should get a bump in value by playing on a more prestigious (and champtionship contending) team.
But what he’s done on the field since being traded has certainly raised his rookie card value even higher.
Before the season started, his 2011 Bowman Chrome Prospect autographed rookie card (BGS Graded 9.5/10) could be had for less than $100. Now, it’s almost three times that amount. One sold last month for about $250.
Here’s one to monitor that is currently up eBay with bidding at $180 and the auction ending Aug. 15, 2017 at 9:58 p.m.
Alternatively, there’s a Buy It Now option for $300 here.
CK