Has Bryce Harper passed Mike Trout as the better player?

They’re both generational talents that came up at roughly the same time. As a result, the Bryce Harper versus Mike Trout debate was bound to happen.
But I’d argue the general consensus has been that Trout has the edge with his stellar stats throughout his career playing on a mediocre team. Speed, power, defence – Trout has shown his talent on a consistent basis. 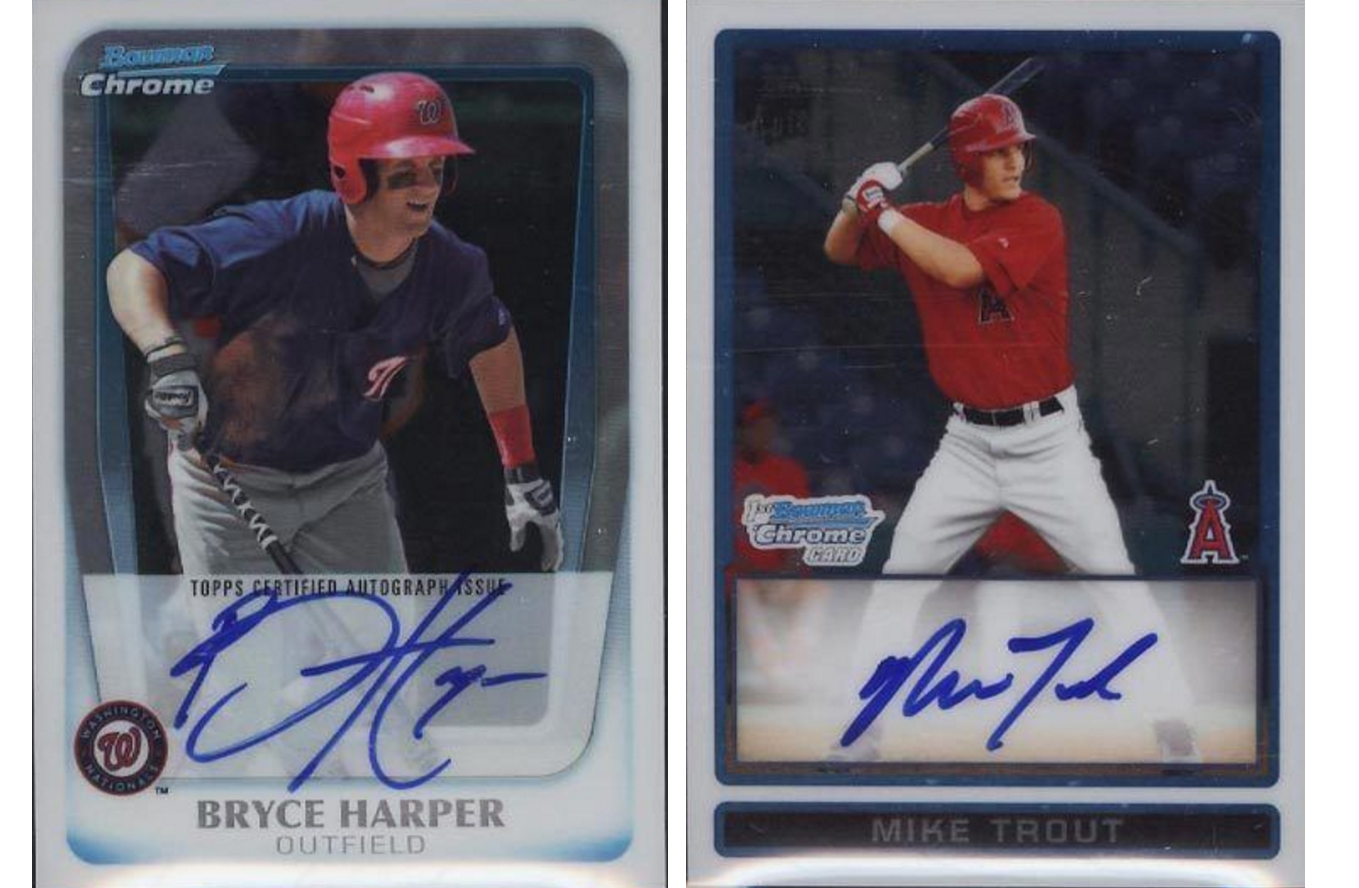 Bryce Harper vs Mike Trout: Who do you choose?

Harper on the other hand had one amazing season followed by an injury-riddled one, subsequently followed by another fantastic season in 2017.
The rare game last night between the Washington Nationals and Los Angeles Angels showcased both players, and neither disappointed.
But looking past the one game last night, Trout was rookie of the year and has two AL MVP awards and is a six-time All-Star. Harper also won rookie of the year, has one NL MVP and is a five-time All-Star.
This season, Trout went on the DL while Harper kept mashing. That begs the question, is Harper the better player now or do we need to see one more season of performing slightly better than Trout?
If so, will the hobby see Harper’s 2011 Bowman Chrome autographed card increase from its current value at $1,100 (base, BGS Graded 9.5/10) closer to Trout’s 2009 Bowman Chrome Draft base autograph worth $4,750?
It seems the difference in value is a little too large.
CK