This isn’t new – Paul Goldschmidt is a great consistent player with a great combination of power and speed. 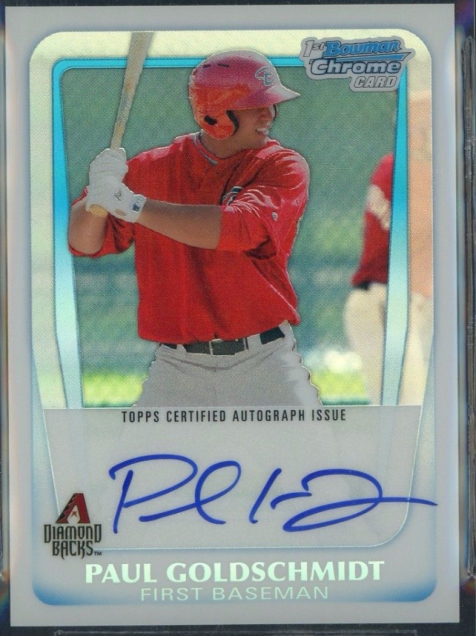 In fact, we wrote about him before about how Goldschmidt is under-appreciated in the hobby. And we wrote about him again.
If you forgot about him still, he might have come back on your radar after hitting three home runs yesterday against the mighty Chicago Cubs.
Again, maybe it’ll take a trade to a larger market team for his value to increase (or at least have more collectors interested, ie. Sonny Gray to the New York Yankees), but it does present a good opportunity now to get his rookie cards for decent value.
There’s plenty up for auction now. At least his value has gone up slightly since the start of the season when his 2011 Bowman Chrome base autographed rookie (BGS Graded 9.5/10) routinely sold for $150. The more recent ones sold for just over $200. It might be more worth getting the refractor version for around $300.
Here are several for you below to peruse on eBay (all BGS Graded 9.5/10).