Not long after Los Angeles Dodgers ace Clayton Kershaw accomplished the amazing feat, Max Scherzer reached the same milestone striking out his 2,000th batter today.
The Washington Nationals pitcher became the third fastest to do so behind Kershaw and Randy Johnson. 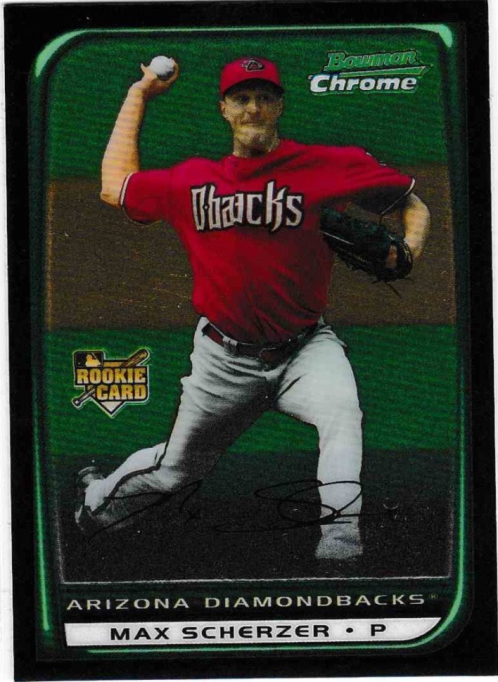 While recognition and respect is due for Scherzer, it’s unlikely the same love will be given to him as it is with Kershaw in the hobby world.
For one, Kershaw does have the better overall career statistics and is three years younger than Scherzer. And while he is the reigning NL Cy Young winner (with another one in 2013), he’s really had three stellar seasons.
And it doesn’t help that his 2008 Bowman Chrome rookie card isn’t autographed. On the flip side, it makes the base version very affordable (Ungraded $15.99) and colored refractors are relatively inexpensive as well.
If you’re looking for an autographed rookie card though, the 2008 Stadium Club card is a nice one to add to your collection (currently on sale for about $80 ungraded).
CK