Dual or Triple or Quad relic cards worth its value? Yes and no

Call me a purist but if I wanted a relic card, I think I’d only want one (preferably jumbo patch) on a card belonging to a single player.
But relic cards really hold their value likely to the oversaturation of them on the market. 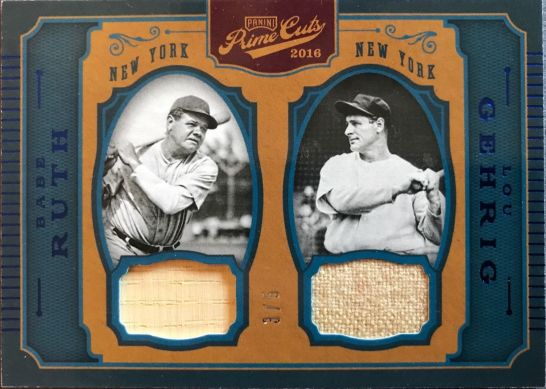 I could see the appeal though of having a relic card whether it’s a piece of a jersey or baseball bat belonging to one of your favorite players.
But how about cards with multiple relic patches belonging to multiple players? Is having more always better?
Obviously the value of the card depends on who the players featured on the relic card are although even having one less than stellar player on the card would probably decrease the value somewhat.
To me though, relic cards with multiple players on them seems a little too gimmicky.
Although there is something more alluring about relic cards that feature the older vintage icons like Babe Ruth and Lou Gehrig. It’s like owning a piece of history and the premium on those cards are usually worth its value.
CK