If you saw the slow motion replay of what happened to Washington Nationals’ outfielder Bryce Harper last night, it looked more gruesome than it was. 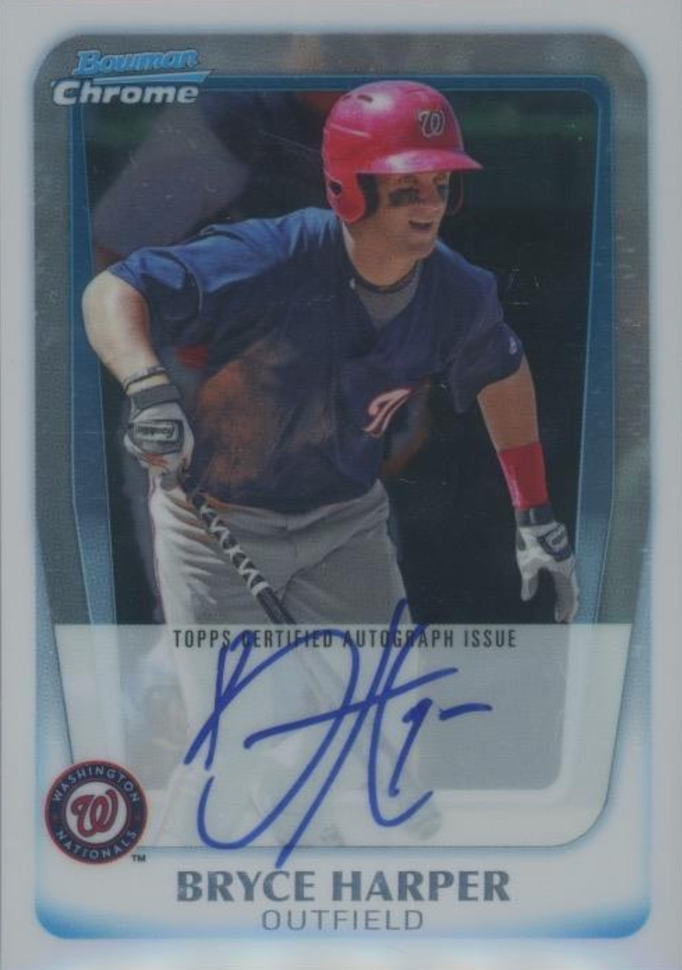 He was later diagnosed with just a bone bruise in his left knee, which means Harper should be back to play later this season or in the playoffs.
The hardcore nature of how he plays the game adds an element of risk investing in Harper’s rookie cards. But yesterday was more of a weather-related injury as the game was played in wet conditions.
Don’t expect a discount on his card due to this injury, but it may slow the growth of its value a bit as he sits on the sideline for the next four to six weeks.
His coveted 2011 Bowman Chrome Prospect rookie autographed card (BGS Graded 9.5/10) is going for a Buy It Now price of $1,549.99.
But there’s also his 2011 Bowman Prospect rookie autographed card going for about $689 (BGS Graded 9.5/10) – click link to see on eBay.
CK