Edmonton Oilers’ captain Connor McDavid just signed one of the richest contracts in the NHL this week, which boosted his rookie card value even further. 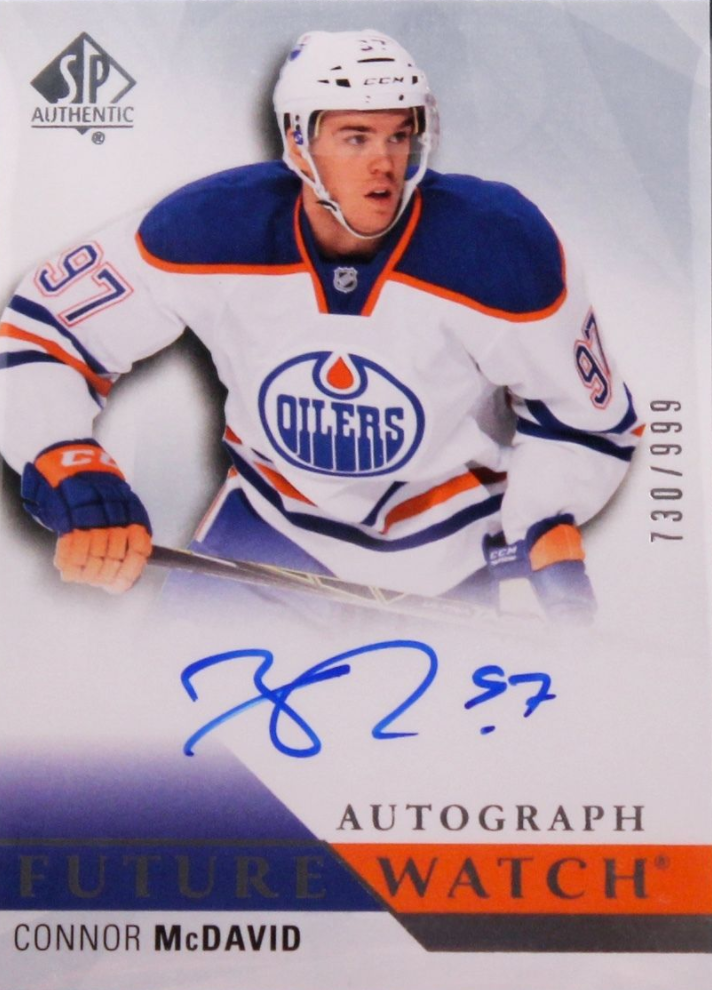 With his contract worth $100 million over eight seasons, McDavid will be a franchise player for the Oilers for the foreseeable future.
Not surprisingly, his 2015-2016 SP Authentic rookie card (PSA Graded 10) serial numbered to 999 is on eBay for $2,000.
Just last month, it sold for just over $1,100.
While McDavid is a generational player, the dollar figure seems to be slightly inflated with arguably the best player in the NHL right now, Sidney Crosby’s SP Authentic card having sold recently for $1,700.
But it could end up being close if McDavid continues to perform at the high level he’s already shown for the length of his contract and beyond.
CK