Bryce Harper vs Aaron Judge: Whose card would you rather have?

It’s amazing what Aaron Judge is doing right now with the New York Yankees well on his way of capturing the American League rookie of the year honors.
Already hailed by some as the heir to Derek Jeter, Judge is hitting his way into the hearts of Yankee fans with his explosive start to the 2017 season.
Halfway into June, he’s already hit 22 homeruns with 58 runs and 49 RBIs while batting a .335 average.
Unsurprisingly, his 2013 Bowman Chrome Draft base autographed rookie (BGS Graded 9.5/10) has skyrocketed in value over the past two months going from $99 to $1,399. 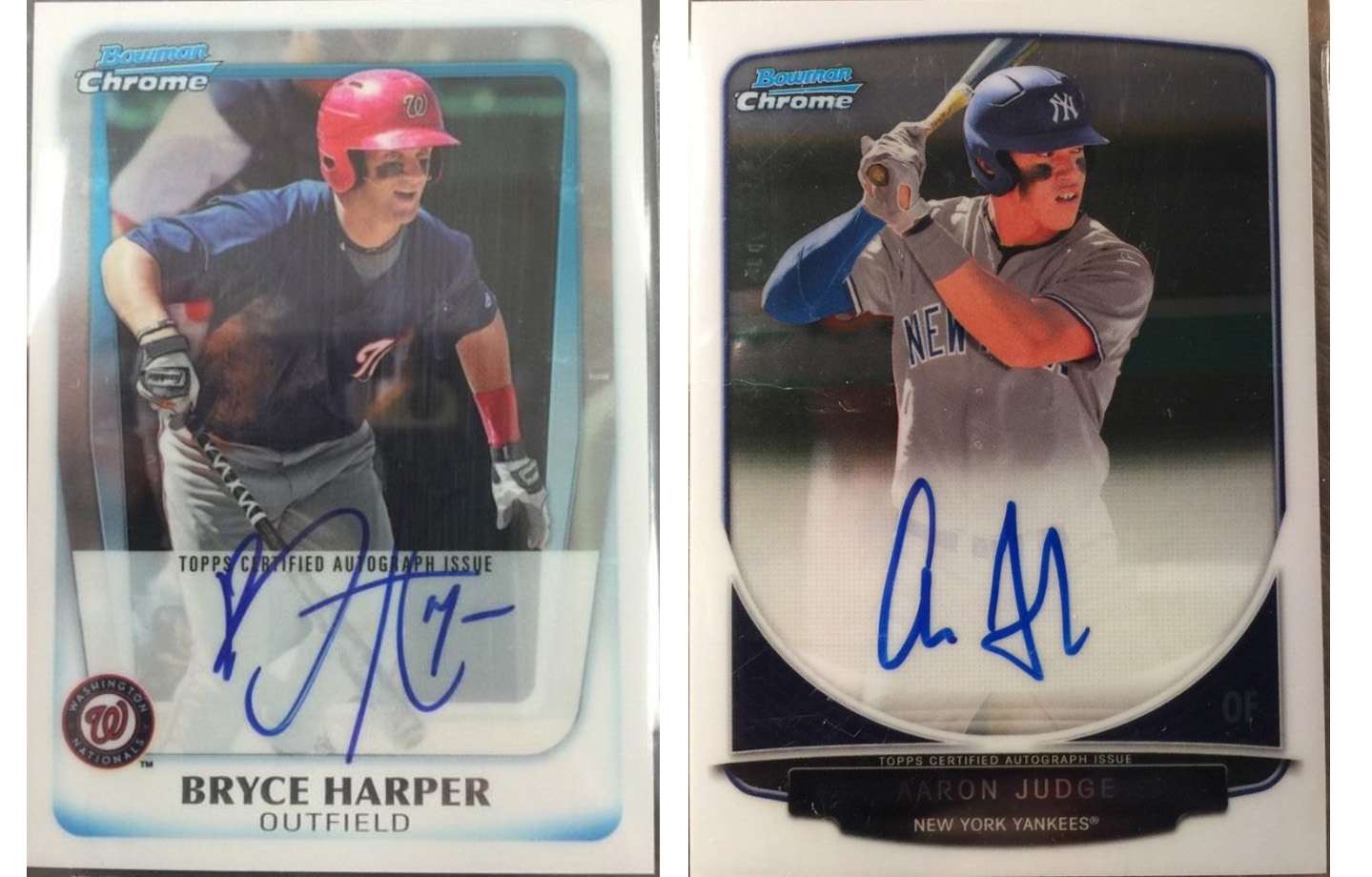 But is he better than Washington Nationals superstar player Bryce Harper who is also having a sensational season this year?
Like Judge who struck out a ton last season, there was similar concerns whether Harper can put up a season that many scouts and analysts felt he was capable of playing.
But Harper has had at least one very successful season under his belt before last year’s injury-riddled one that made some question his durability.
And with talks he could become the first $500-million man in American sports history, the hype on Harper isn’t going to die down anytime soon.
So why is his 2011 Bowman Chrome Prospect base autographed rookie card (BGS Graded 9.5/10) valued at around $1,200 – a couple hundred lower than Judge’s Bowman Chrome autographed rookie card?
It looks like Judge’s hype is just bigger (right now) than Harper’s. Everyone, including collectors, prefer the shiny new toy.
While Judge can have a brilliant career playing for a historic ballclub like the Yankees, it still seems the safer bet is to invest in Harper who by the way could also play for the Yankees one day.
CK