Boston Red Sox rookies Andrew Benintendi and Rafael Devers came through in a big way last night to help beat the rival New York Yankees in extra innings and moving further ahead by 5.5 games in the American League East Division.
We could possibly see both these teams in the post-season and if yesterday was any indication, the youth movement on the Red Sox will be crucial in the team finding success.

For now, here are some outstanding cards available now that high end collectors might want from these two up and coming rookie superstars (Click the following links to see the posting on eBay). 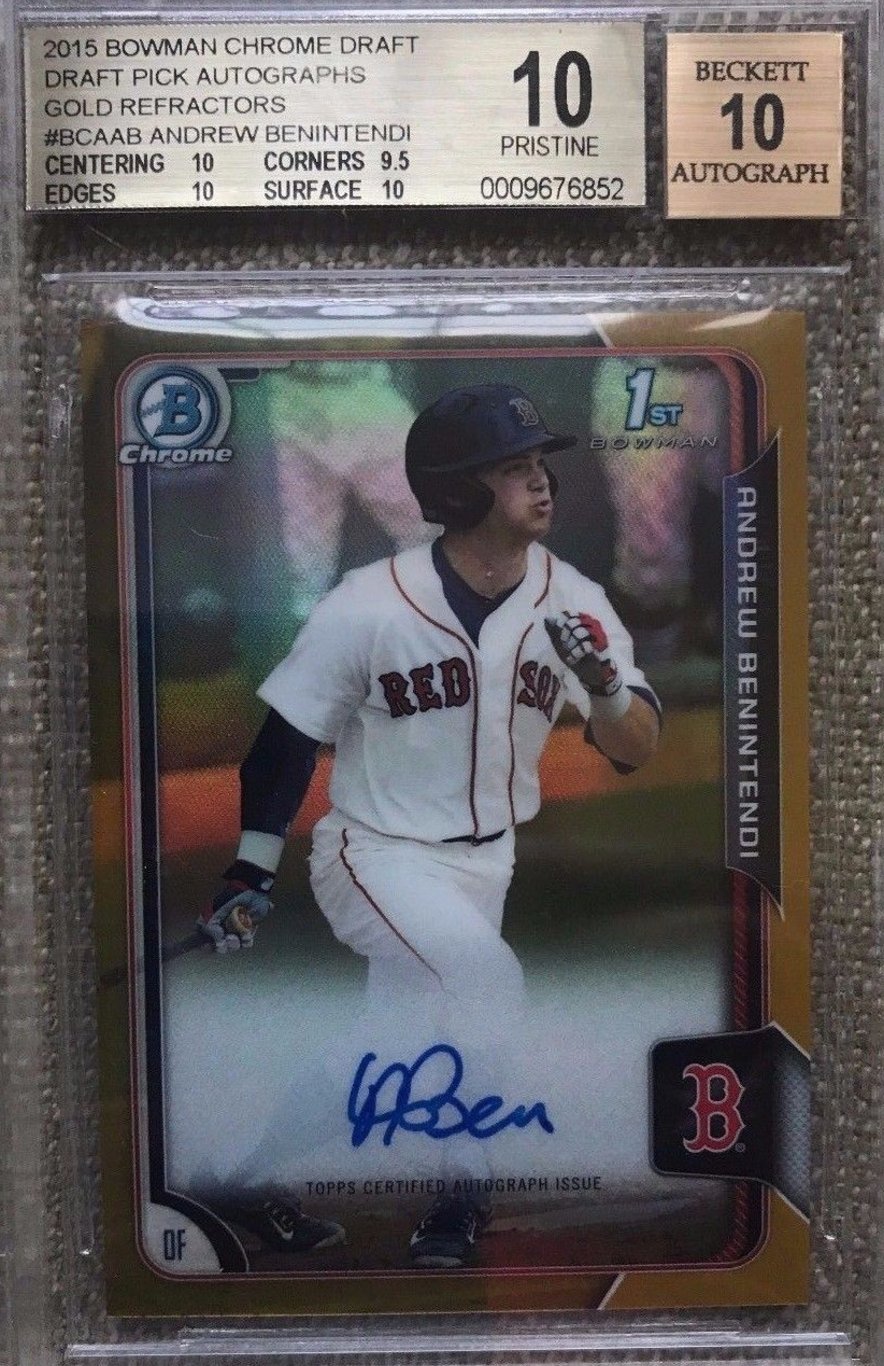 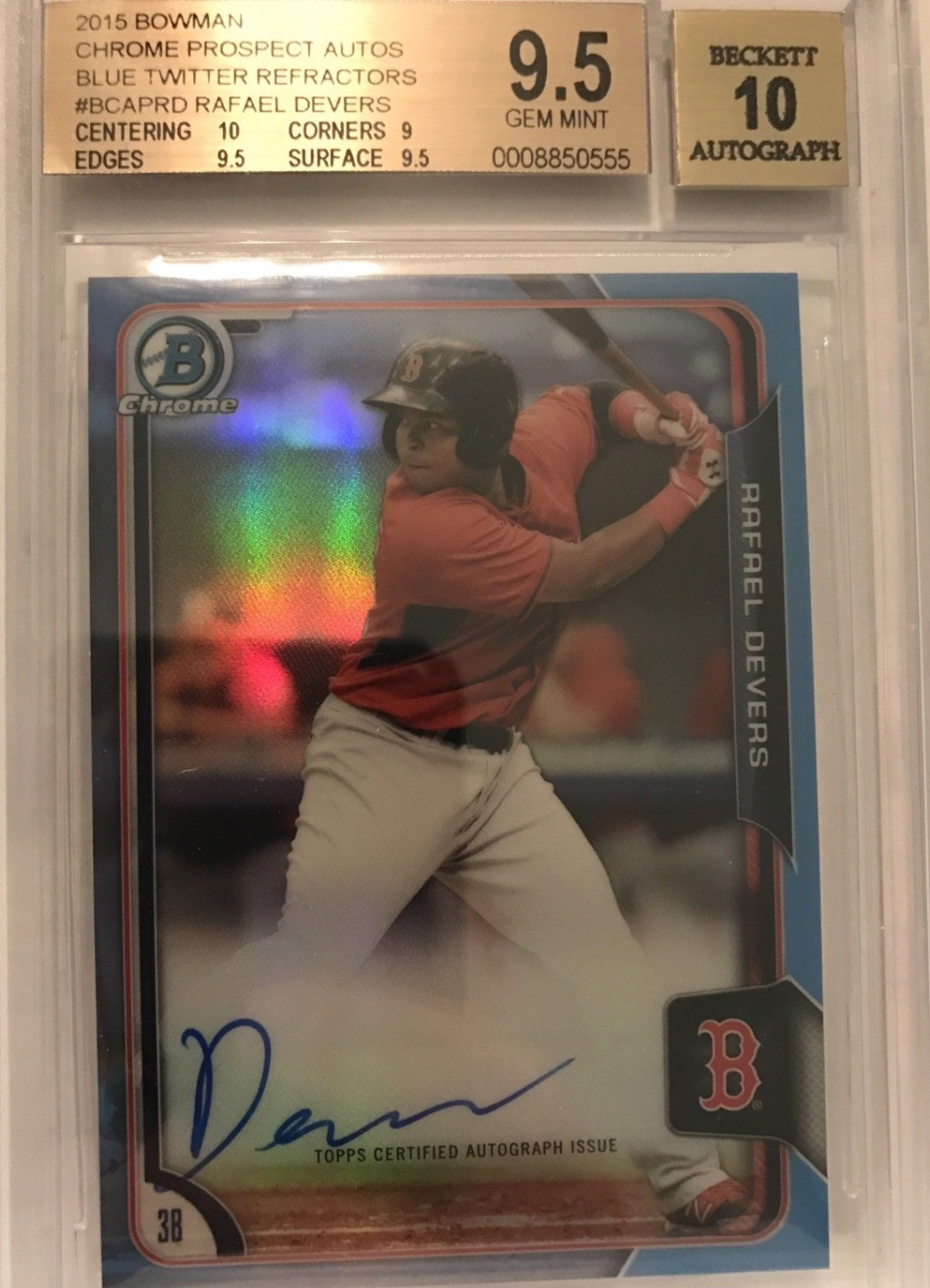