For the fans of teams in contention, it’s exciting to see who the team acquires to bolster its playoff chances. 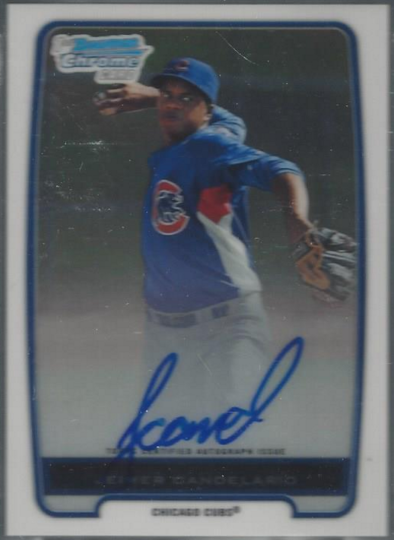 But from a hobby standpoint, those players who are often rental or veteran types who are added to an already good team, don’t have that much more value after the trade.
Instead, it’s usually more interesting to see the flip side of the trade where prospects are given to a out-of-contention, rebuilding team. Such prospects that now have a clearer pathway to play in the big leagues may now see an upswing in value.
One such player is Jeimer Candelario – a former Chicago Cubs top prospect who was traded to the Detroit Tigers as part of the Justin Wilson and Alex Avila swap.
The potential future third base man for the Tigers, Candelario is known for his defence although he has some pop in his bat, having hit 12 homeruns in 81 games for the Cubs Triple-A team with a .266 batting average.
His 2012 Bowman Chrome Prospect base autographed rookie card (BGS Graded 9.5/10) is currently available on eBay for $49.99.
CK