Congratulations to the Pittsburgh Penguins for capturing back-to-back Stanley Cup titles after defeating the Nashville Predators last night in an exciting finals.
And of course, an extra congratulations goes to Sidney Crosby who added another Conn Smythe Trophy to his growing list of accolades.

Another #StanleyCup.
Another Conn Smythe.https://t.co/dRoUspxlB3

Earlier this season, I noted how despite the greatness of both Crosby and Washington Capitals star Alexander Ovechkin, one seemed to be really undervalued when it came to their rookie cards – ie. Ovechkin. 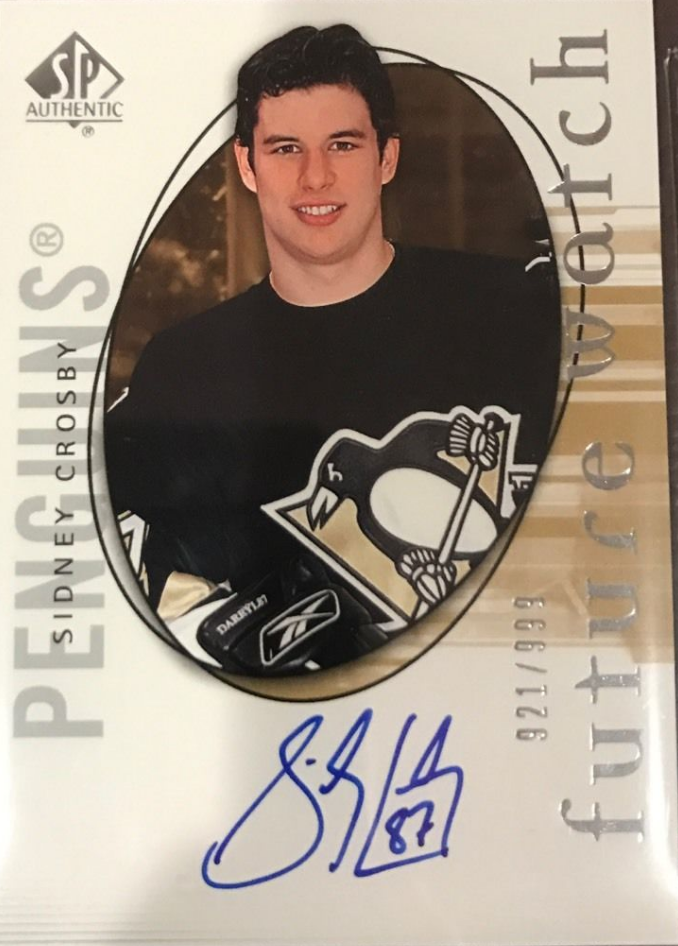 I might have inherently implied that Crosby’s was therefore overvalued compared to Ovechkin’s, particularly when looking at their respective SP Authentic Future Watch autographed rookie cards.
But after another impressive performance, another championship title, and another playoff MVP award, I might have to retract what I previously said and admit that I’d rather shell out the big bucks to invest in Crosby’s rookie card.
His 2005-2006 SP Authentic Card on eBay was recently sold for a cool $2,000 (BGS Graded 9.5/10), however, and it might be a decision I would regret for a long time knowing that I could have bought it for $999 not so long ago.
CK