The SiriusXM All-Star Futures Game today consists of young baseball players, most of whom will be playing in the big leagues later this year or next.
While the game itself doesn’t really count for anything, it’ll be interesting (and fun) to see how these potential superstar rookies perform, especially with more eyes on them as they work their way up to The Show. 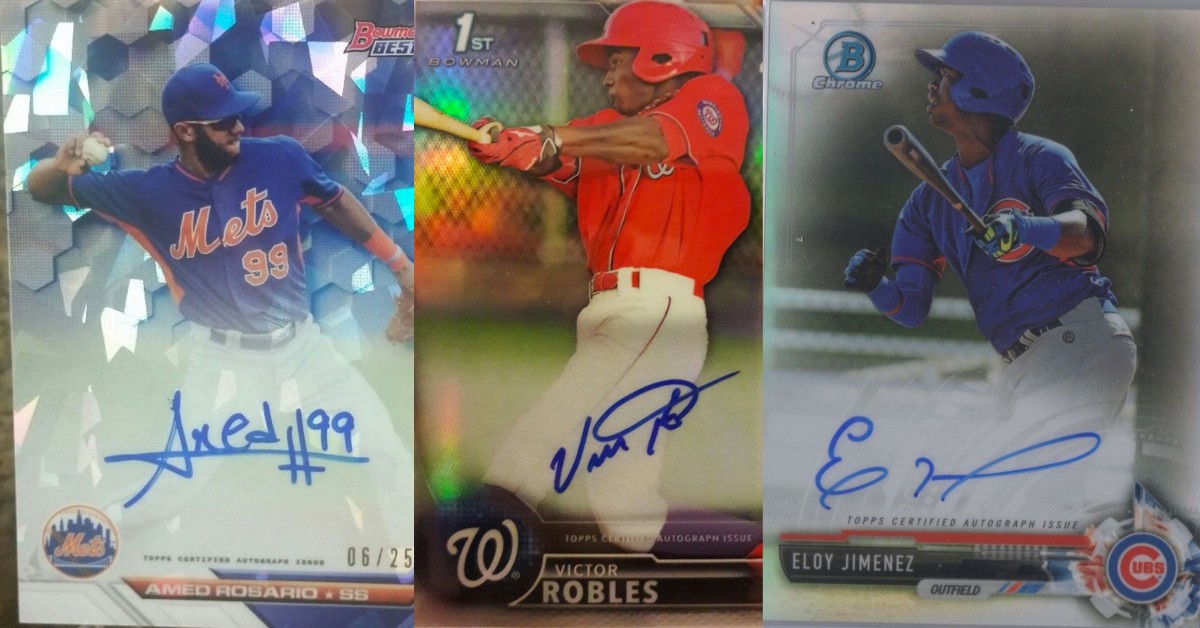 From left, Amed Rosario, Victor Robles and Eloy Jimenez are just three of the top prospects to look out for in the Sirius-XM All-Star Futures Game.

Not all will live up to the hype, but for all of them, the future is tremendously bright. Some who already have Bowman Chrome Prospect/Draft autographed cards are valued much higher than they probably should.
But in the hobby, the values of their rookie cards are usually highest before they play in the Major Leagues where inevitably some of their flaws will be on glaring display. A handful of those players will adjust accordingly and become the superstar talent they were expected to be (ie. Mike Trout, Bryce Harper, Kris Bryant).
Here’s our top five to look out for in this year’s Futures Game: