The Topps Now baseball cards seem to be pretty popular and it’s easy to see why.

The fact that it’s only produced after a great accomplishment by any player for a limited time, the cards themselves become limited.

With New York Yankees rookie sensation Aaron Judge’s historic season, he’s had plenty of Topps Now cards produced this past year. Take a look at several below currently listed up on eBay. 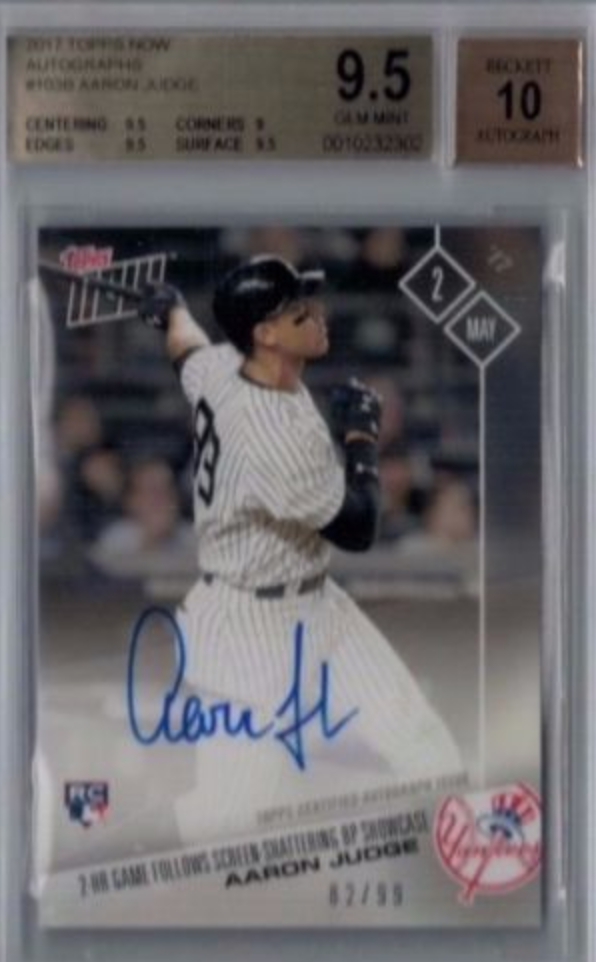 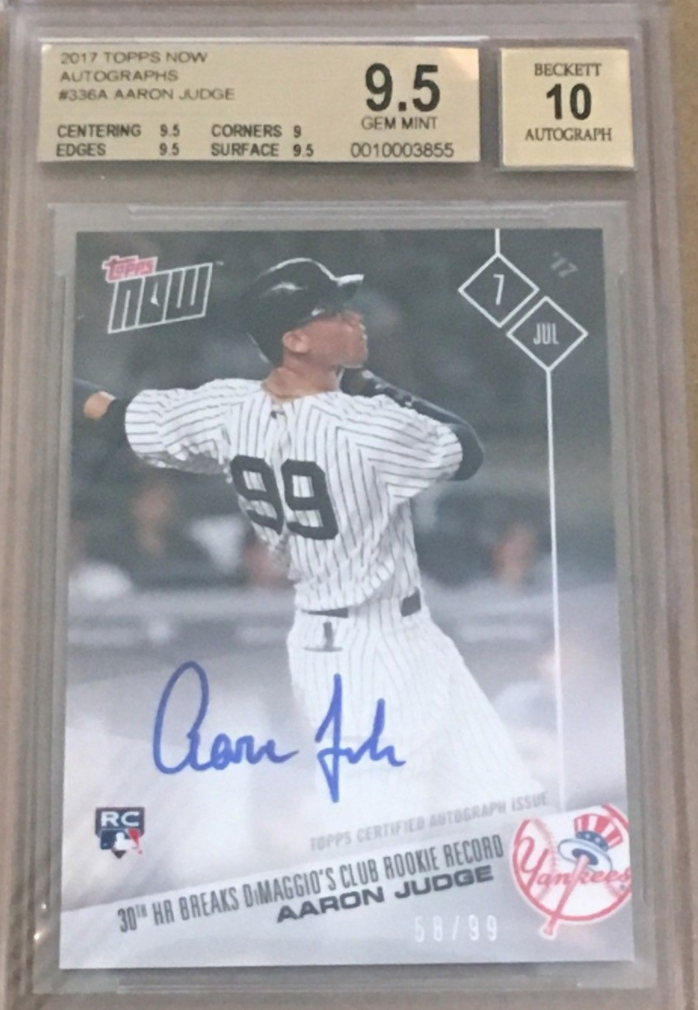 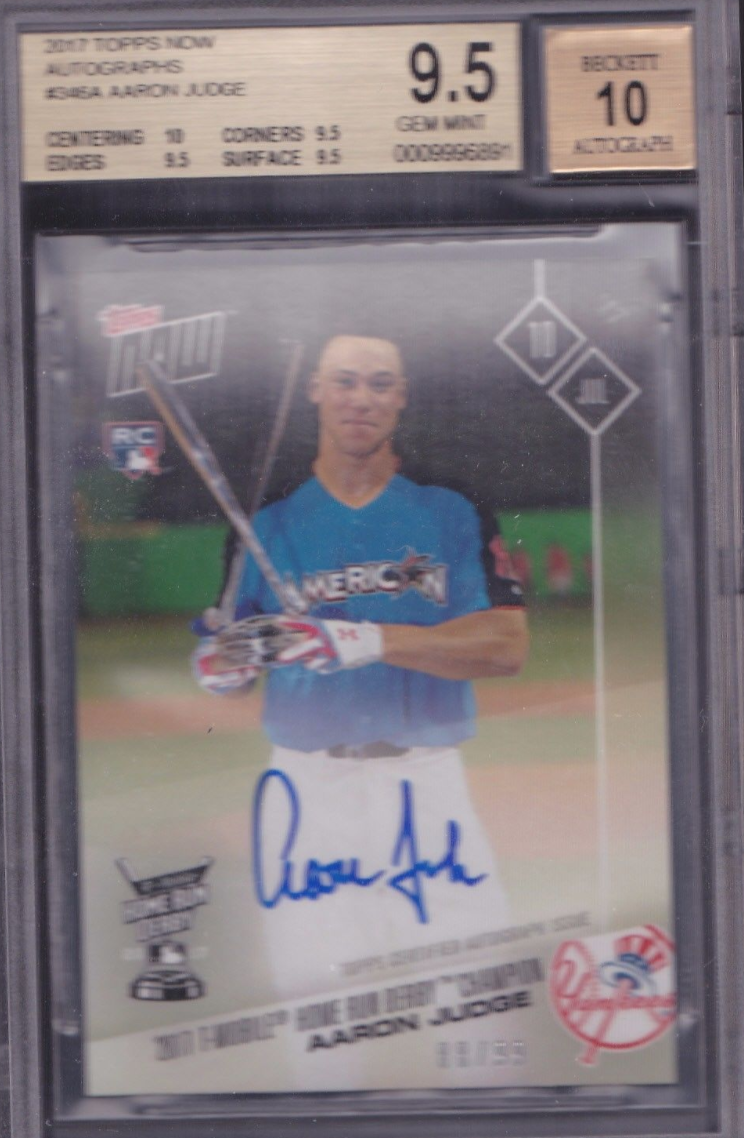 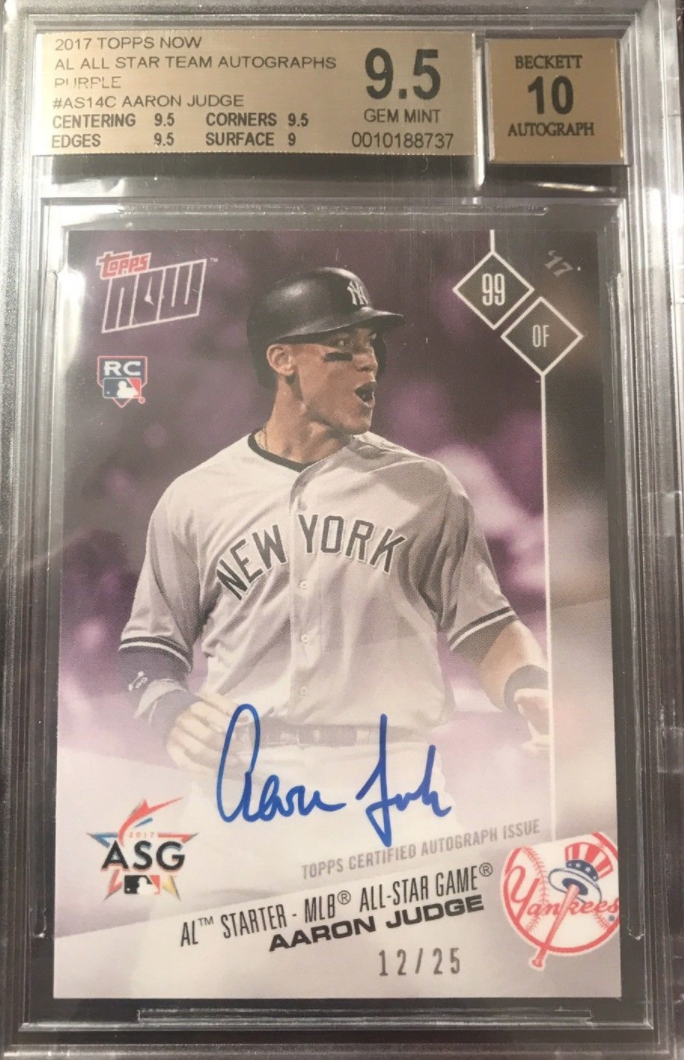 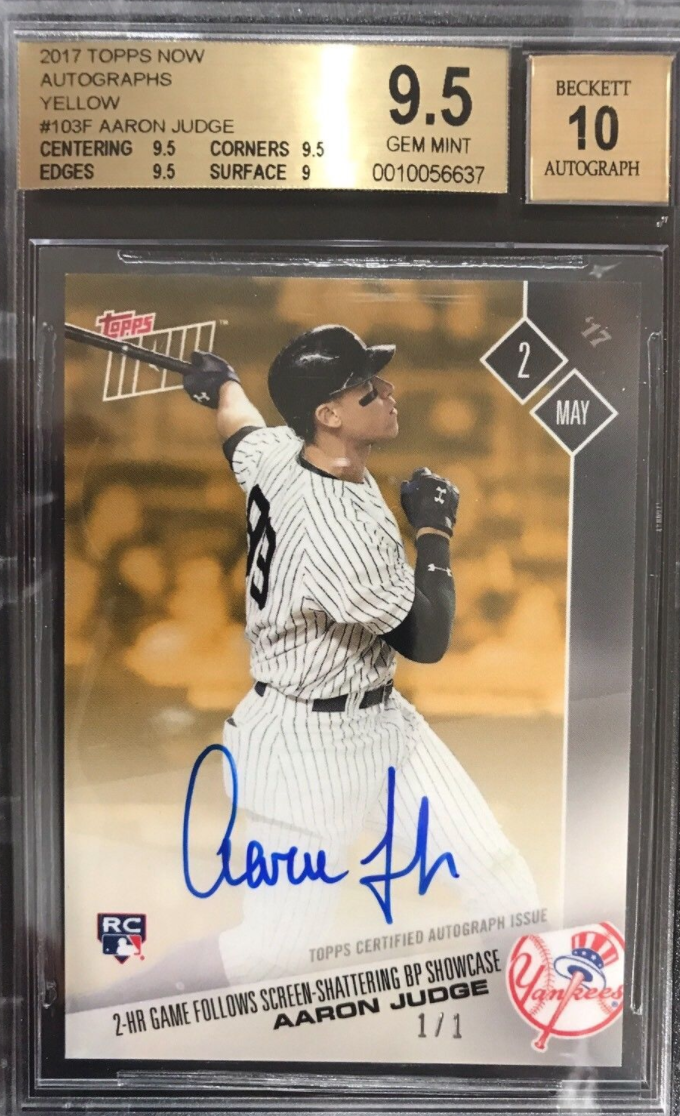 And if you’re just interested in checking out his autographed rookie cards, we have some suggestions here.