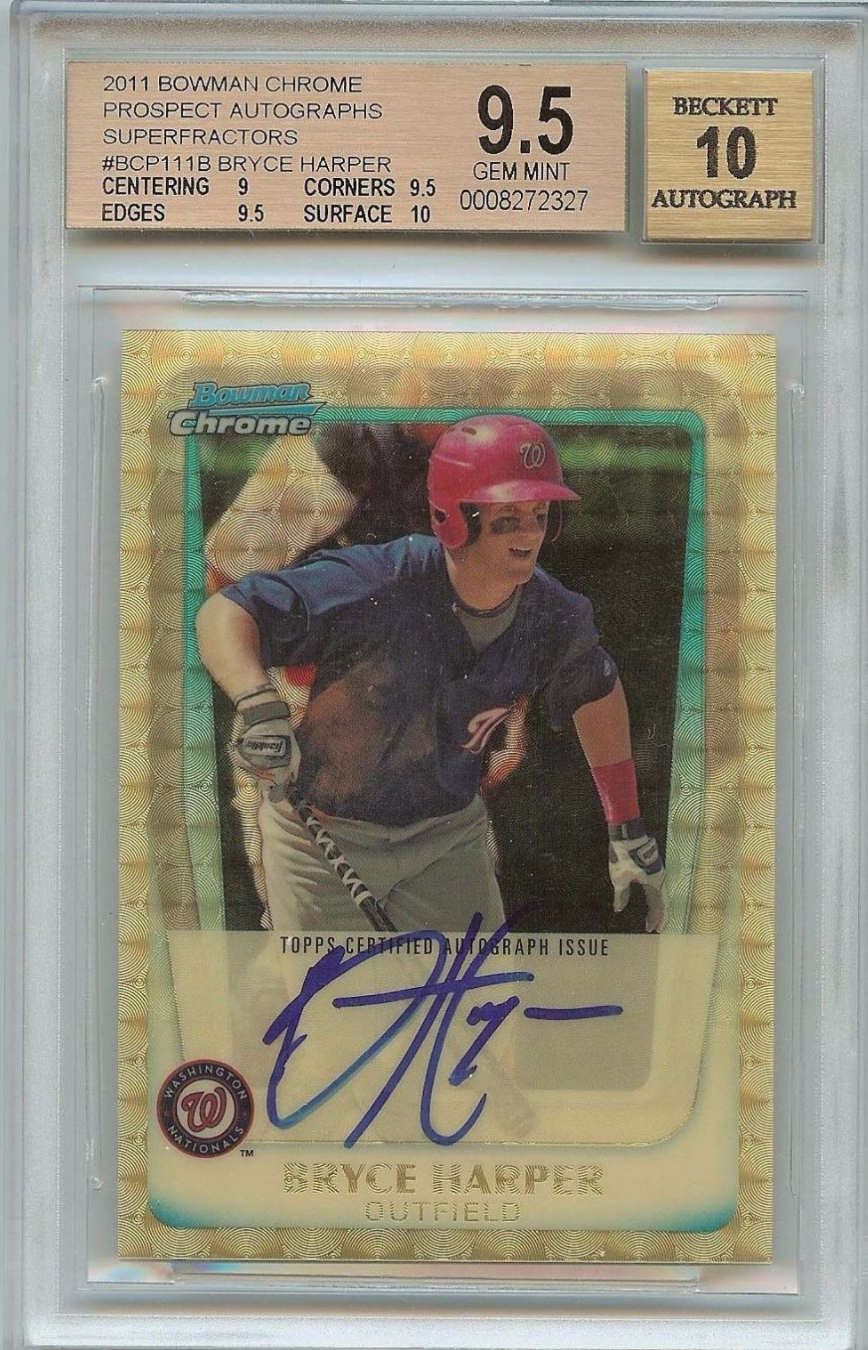 Coincidentally, so did Mike Trout when he hit his 150th, who, again coincidentally, celebrated his 26th birthday when Harper hit his 150th.
These two generational players seem to both be destined to enter the Hall of Fame once their young careers are eventually over.
In the post acknowledging Trout’s greatness, we listed some of his Bowman Chrome autographed rookie cards worth getting now.
Now here’s a list of Harper’s rookie cards that any Harper or Nationals’ fan would be lucky to have.